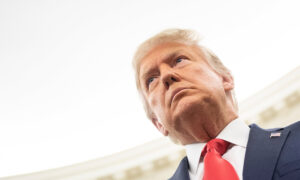 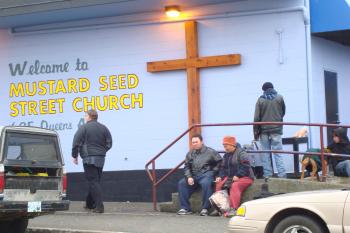 Food Bank Use Spikes Across the Country

By Joan Delaney
Print
The number of Canadians needing to use food banks has skyrocketed since the economic downturn kicked in about a year ago, according to a report released Tuesday.

“Sadly, we've seen close to a 20 percent increase this year over last year. It is our largest year-over-year increase in history and we do believe that a key reason is the current recession,” says Katharine Schmidt, executive director of Food Banks Canada.

Food bank use jumped in all regions, with the largest increases occurring in Alberta (61 percent), Nova Scotia (20 percent), Ontario (19 percent) and Manitoba (18 percent).

Given the extra volume, some food banks are finding it hard to meet the demand, Schmidt says.

“Right now a third of the food banks are really struggling with having enough food and funds to be able to service the people who need help. We're really concerned about this because we're seeing an increase in the people coming, and in some cases it's even more difficult for those same communities to be able to support their local food bank.”

The battle for food banks to keep the doors open and food coming in is a constant: 35 percent lack adequate, good quality space; 22 percent lack necessary equipment such as shelving and cold storage; and 23 percent fail to recruit enough volunteers to fully manage everyday operations.

With statistics showing that 9 percent of Canadians are living below the poverty line while food banks are helping about 2.5 percent, Schmidt says it’s probable that many more are going hungry than the survey suggests.

“We know that there are a lot of people out there who, when you look at the numbers, are likely really having a tough time who haven't even shown up at the doorstep of a food-bank. So we are very concerned about the current situation.”

The survey makes a number of recommendations for how individuals, business, and provincial and federal governments can help improve the lot of those who can’t afford to put food on the table.

Recommendations for the federal government include maintaining planned levels of federal transfers to provincial, territorial, and First Nations governments; implementing a national poverty prevention and reduction strategy; increasing the Child Tax Benefit to $5,000 per child per year; continuing to increase uptake of the Guaranteed Income Supplement among low income seniors; and providing affordable urban and rural housing.

“Certainly, this year we have seen our Conservative government do a few things that are helpful—they increased Employment Insurance benefits by five weeks, they've expanded the Workers Income Tax Benefit, and they've done a bit of investment in housing,” says Schmidt.

“Our report puts forward a number of additional recommendations that we believe will make a difference. We really need long term solutions here so that people can become more self-sufficient.”

In response to the survey, the New Democrats said in a statement that they support its recommendations and have called for a national poverty plan.