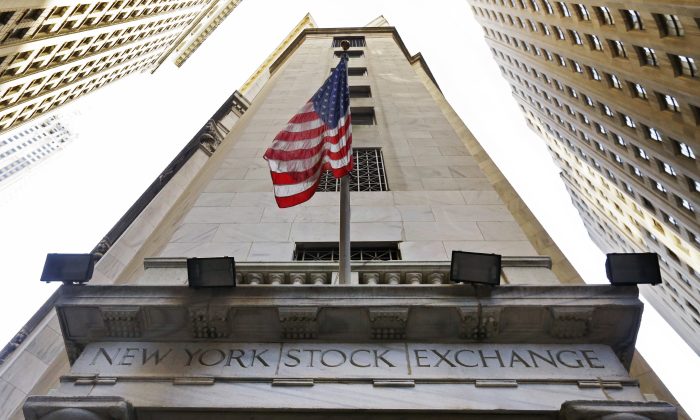 FOMC Has No Clue About What to Do

The Federal Open Market Committee (FOMC) will meet on Nov. 1-2, 2016, and investors should keep an eye out for any implications Fed Chair Janet Yellen will say at the release. The market already has its mind set on an unchanged Fed Funds rate in November. For the 30-Day Fed Fund futures expiring in November 2016, the futures prices indicate a 90.7 percent probability that rates will remain between 0.25 percent and 0.50 percent. However, there’s no saying what the Fed will do.

Why Is the IMF so Obsessed With Growth?

Central Banks Are Close to Centralizing Everything

More market participants are looking for a Fed Funds rate hike in December 2016. Fed Funds futures prices indicate a 71.4 percent probability of the FOMC raising rates by 25 bps and a 7.1 percent probability of a 50 bps hike. Again, it’s the same old story, we don’t know that the Fed will do. The FOMC is looking to raise rates some time before 2016 ends, but it could renege its plans and decide to leave rates unchanged.

The FOMC is frightened to do anything in regards to monetary policy because anything it says or does will substantially impact the economy and markets. The Fed seems like it’s just hoping and praying the economy will start expanding and hit its inflation target. One thing is certain, leaving rates too low for too long will negatively impact the economy.

It seems as if Janet Yellen is pinning two sides against each other, the doves and the hawks. Doves have been consistently voting to leave rates unchanged, while the few hawks are arguing for an interest rate hike sooner, rather than later. It’s obvious that the waiting game is useless, and the Fed should be more proactive in its monetary policy decisions.

Earlier in October 2016, the U.S. employment situation indicated a steady, but improving economy, despite missing the consensus estimate. The month over month change in nonfarm payrolls was +156,000, and private payrolls rose by 167,000 month over month. Moreover, the unemployment rate rose slightly, to 5 percent. The unemployment rate has been trending down over the past four years, indicating a stronger economy.

On Oct. 7, 2016, Fed Vice Chair Stanley Fischer indicated that the October jobs report was “close” to ideal. The Fed is still divided, but there are more FOMC members in the dove camp than the hawk camp. Now, some Fed officials have argued for a rate hike just prior to the November 2016 meeting, adding more uncertainty to the event.

Fed Plays It Safe Ahead of November Election

Federal Reserve Bank of San Francisco President John Williams indicated that the ideal time for the FOMC to raise rates again will most likely be in December 2016. Williams only expects one rate increase, but noted that it could happen in either November or December. Although the market is already pricing in an unchanged interest rate policy, it’s still impossible to know what the Fed will do with monetary policy. Market participants are losing faith in the Fed and its comments because many times they have said one thing, but did the exact opposite.

Federal Reserve Bank of Chicago President Charles Evans indicated that the Fed will likely raise short-term interest rates by 75 bps between now and the end of 2017. Although Evans has been known to be a dove and is not a voter this year, his views could influence other FOMC members’ decisions.

The U.S. Consumer Sentiment was also released on Oct. 28, 2016, but the numbers came in below the consensus estimate. The consumer sentiment index was just 87.2, while economists were looking for 88.5.

According to the head of trading desk at ETX Capital, Joe Rundle, “The FOMC’s monetary policy meeting in November should give us an indication when it may raise rates. If the Fed is more hawkish, we may see a spike in the U.S. dollar and we’ll be looking for opportunities in the FX market on Nov. 2, 2016.”

Market participants should also watch the U.S. Presidential elections because the results could also shape the way FOMC members will look at monetary policy in December. Depending on who wins, monetary policy could change drastically over the next few years, and there may be some short-term trading opportunities on Nov. 9, 2016.