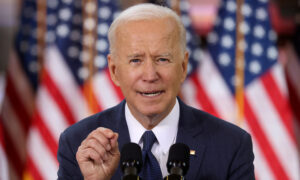 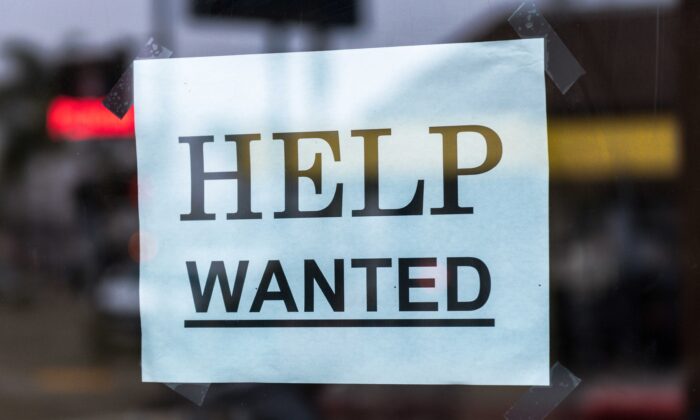 Every time I hear Democrats sermonize about following “the science,” I feel as though I’m listening to members of the Flat Earth Society. Science is what the left wants to believe to be true. It has become a way to shut off debate, not advance it. Remember: These were the fools who told us to shut down our schools for a year.

We are seeing the debasement of common sense in full bloom now on the economic front. When the latest disappointing jobs report was released with unemployment rising, the Democrats refused to acknowledge that their high welfare benefits kept workers from coming back to work. President Joe Biden made the laughable observation that he saw “no measurable evidence” that the super-generous unemployment program is a deterrent to working. He needs to get out more.

My colleague, Casey Mulligan of the University of Chicago, and I predicted in The Wall Street Journal three months ago that the $300 per week extra unemployment benefits would mean 5 million to 6 million people not going back to work because the government was paying them more not to work. The left laughed at this prediction. Now, we see record jobs going unfilled, 8.1 million, even when there are 9 million unemployed.

“Help wanted” signs at construction sites, factories, stores, and restaurant windows are omnipresent from Maine to California. All the Biden folks needed to do was stop gazing into their cracked crystal ball and go outside and ask business owners if they can find workers. They would have heard an earful. Instead, the liberals paid attention to some cockamamie econometric model saying you can pay people more not to work and it won’t change their behavior. Brilliant.

It gets worse. Sens. Ron Wyden of Oregon, Bernie Sanders of Vermont, and Michael Bennet of Colorado have sponsored a bill to make the lucrative COVID-19 unemployment benefits permanent and preserve benefits even if people quit their job “for a good reason.” Would “I couldn’t get up for work in the morning” be a “good reason”?

The real victims of this madness are the workers who have been on the job for the past year and earn less than the couch-sitters collecting government checks and watching Netflix.

Or consider the surge of inflation that was recorded by the government last week. It was the most significant increase in consumer prices in a decade at 0.8 percent, and if this pace were to continue on an annualized basis, we would have about 9 percent inflation. Biden and Democrats were shocked by these developments. That makes sense as Biden and Federal Reserve Chairman Jerome Powell kept reassuring us of “no signs of inflation.”

Perhaps they don’t buy gas at the pump or go to the grocery store or try to hire an electrician, because ordinary people outside the Washington, D.C., bubble saw and felt inflation every day.

Why are the Democrats so surprised that prices are rising? We have a federal government that has borrowed $5 trillion in two years. We have a Federal Reserve purchasing trillions of dollars of bonds and other assets with the money it prints. We have the Biden administration giving people “free money.” Biden now wants to spend and borrow $4 trillion more. Corn prices have nearly doubled. At some point, people will have to fill wheelbarrows with dollars when they head to the grocery store to pay the higher costs for rice, corn, chicken, and ice cream.

Yet the experts in Washington told us not to worry. These people joyously said that they have invented “modern monetary theory,” which allows the government to spend and borrow forever with no cost to anyone, the ultimate free lunch.

Now, they tell us the inflation they said wouldn’t happen is temporary. And we are supposed to trust them.

If Biden wants to be a successful president, he better get some of it, and soon—before his mysticism bankrupts our country.