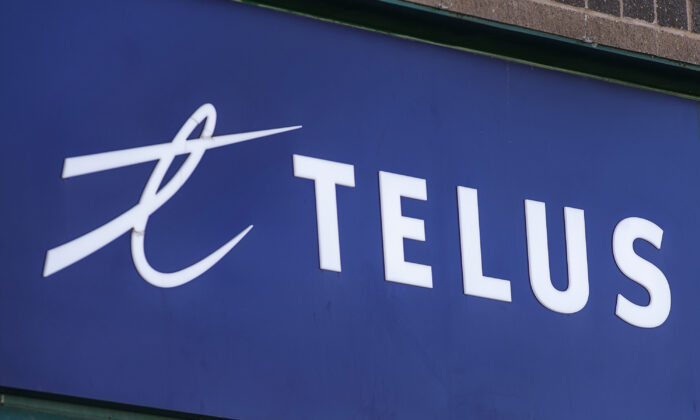 A Telus sign is seen on a storefront in Halifax on Feb. 11, 2021. (The Canadian Press/Andrew Vaughan)
Canada

Telus sent a marketing email to customers boasting of its “network designed with reliability in mind” days after a nationwide outage left Rogers’ customers without phone and internet connection.

“Our mobile network won’t leave you hanging,” Telus said in the July 13 email.

The Epoch Times reached out to Telus for comment but didn’t hear back by publication time.

The Rogers outage began in the early morning of July 8, with both its wireline and wireless systems affected. The company later said the cause of the outage was a “network system failure” following a maintenance update to its core network, which caused a malfunction in some routers.

By July 9, Rogers said it had restored services to “the vast majority” of its customers, and continued to monitor its systems.

As part of its remedial actions, Rogers said in a statement on July 12 that customers will be given a credit equivalent to five days of services, which will be automatically reflected in their bills next month.

On July 11, Industry Minister Francois-Philippe Champagne met with Rogers CEO Tony Staffieri and the CEOs of other major telecommunications service providers in Canada, demanding they develop a framework to improve “the resiliency and reliability” of their networks.

The companies were given 60 days to reach agreements on mutual assistance during future outages and emergency roaming, and to establish a communications protocol to keep the public and authorities informed.

In a July 9 statement, Staffieri released a three-pronged “action plan” to improve Rogers’ network, which includes monitoring network stability as the company works to restore all services, completing a root cause analysis and testing of its systems, and making any “necessary changes.”

“We will take every step necessary, and continue to make significant investments in our networks to strengthen our technology systems, increase network stability for our customers, and enhance our testing,” he said.

In the aftermath of the outage, Industry Minister François-Philippe Champagne met with the executives of the major Canadian telecom companies and asked them to reach agreements to assist each other during outages.

“I brought together the heads of the major telecom companies to demand they take immediate action to improve the resiliency and reliability of our networks by ensuring a formal arrangement is in place within 60 days,” Champagne said on Twitter on July 11.