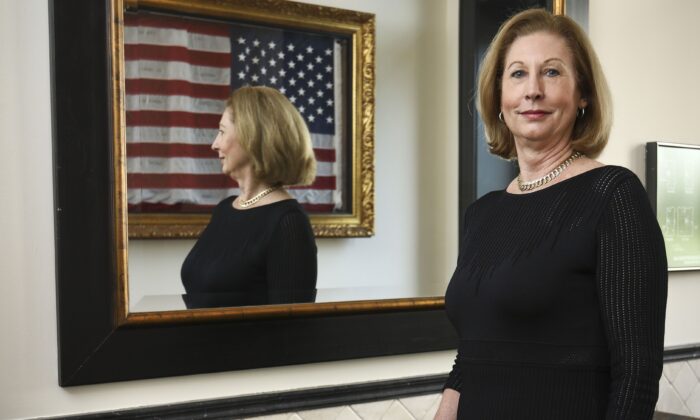 Sidney Powell, author of the bestseller "Licensed to Lie "and lead counsel in more than 500 appeals in the Fifth Circuit, in Washington on May 30, 2019. (Samira Bouaou/The Epoch Times)
US News

Sidney Powell, lawyer of Lt. Gen. Michael Flynn, said the FBI excluded crucial information from a report on their interview of her client. The report, an FBI 302 form, was used to charge Flynn with lying to the FBI, but the original draft of the 302 stated that Flynn was honest with the FBI, according to a witness who saw the draft, Powell said.

Flynn, former head of the Defense Intelligence Agency and former national security adviser to President Donald Trump, pleaded guilty on Dec. 1, 2017, to one count of lying to FBI agents during a Jan. 24, 2017, interview.

A 302 report summarizing the interview was supposed to be filed within five days. But the earliest draft Flynn’s lawyers were provided was from Feb. 10, 2017—more than two weeks after the interview.

Powell, who took over Flynn’s defense in June 2019, has for months asserted that an earlier 302 must exist. Prosecutors have said they don’t have it, stopping short of saying it doesn’t exist.

She didn’t elaborate much further when asked by The Epoch Times.

“Can’t say more about witness but yes, person saw it,” she said via email.

Flynn was expected to receive a light sentence because of cooperation with the government on two investigations—one led by then-special counsel Robert Mueller and the other in the Eastern District of Virginia against Flynn’s former business partner, Bijan Rafiekian.

In a Jan. 7 sentencing memo (pdf), however, prosecutors asked for up to six months in prison for Flynn, saying he pulled back his cooperation in the Rafiekian case last year.

In response to the memo, Flynn asked the court on Jan. 14 (pdf) to allow him to withdraw his original plea, saying the prosecutors violated the terms of the agreement.

Rafiekian was charged with acting as an unregistered foreign agent based on a job that Flynn’s now-defunct consultancy, Flynn Intel Group (FIG), did for Turkish businessman Kamil Ekim Alptekin.

Flynn wasn’t charged in that case, and Rafiekian was ultimately acquitted due to insufficient evidence.

In June 2019, after Flynn fired his original lawyers and hired a new legal team led by Powell, prosecutors asked Flynn to testify that he signed FIG’s lobbying forms knowing there were lies in them. He refused, saying he only learned there was something wrong with the registration in retrospect.

Powell said that ever since then, the prosecutors’ behavior has been “retaliatory, vindictive, and in bad faith” because Flynn refused to lie.

In a Jan. 16 court filing (pdf), she disclosed documents that, in her view, indicate the prosecutors knew they were asking for a false statement.

She previously asked Judge Emmet Sullivan to order the government to hand over a plethora of documents she said were exculpatory to Flynn. She said the case should be dismissed for government misconduct, including for withholding the documents. Sullivan denied the request.

It was Strzok and Pientka who interviewed Flynn, while Comey and McCabe were involved in planning the interview. Powell previously requested Clapper’s phone records to “confirm” whether he communicated with Washington Post columnist David Ignatius, “especially on January 10, 2017, when Clapper told Ignatius in words to the effect of ‘take the kill shot on Flynn,’” she said.

Ignatius and Van Grack, the leading prosecutor in the Flynn case, didn’t immediately respond to requests for comment. An FBI spokesman declined to comment. An attempt to reach Clapper for comment was unsuccessful.