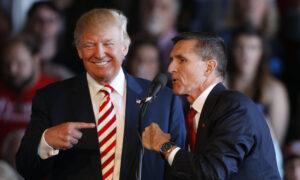 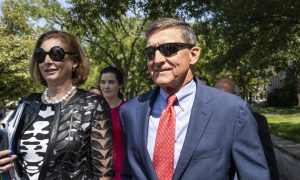 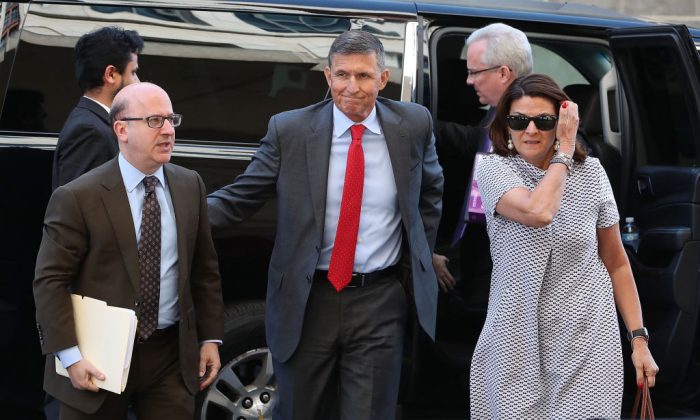 Former lawyers of Lt. Gen. Michael Flynn say they’ve found thousands of additional documents related to his case that hadn’t been handed over to his new lawyers. In response, the judge presiding over the case has ordered the former lawyers to redo the search for everything they have related to the case.

In 2019, he fired his previous lawyers from Covington & Burling and hired a team led by former Texas prosecutor Sidney Powell. In recent months, he’s accused his former lawyers of ineffective counsel and asked District Judge Emmet Sullivan to allow him to withdraw his plea.

Covington lawyers informed the court on April 8 that they found additional documents and were transferring them to the defense.

The documents included “emails that were not transferred to successor counsel last year due to errors in the process of collecting and searching electronic materials, as well as two pages of handwritten notes that inadvertently were not transferred,” they said in an April 28 filing (pdf).

In the new filing, they specified that the emails consisted of about 6,800 documents and emails (including email attachments), though some of them may be duplicates of what was already handed over in 2019.

The lawyers noted that the newly discovered materials comprised only about 1 percent of the more than 660,000 documents they gave the new lawyers.

“Covington determined that an unintentional miscommunication involving the firm’s information technology personnel” caused the firm to search not all of the Flynn-related emails, but only a subset that they prepared in response to document requests in a related case with Flynn’s former business partner Bijan Rafiekian, the filing said.

Covington “shall re-execute a search of every document and communication pertaining to the firm’s representation of Mr. Flynn,” Sullivan ordered on April 28. He gave the firm until noon on May 4 to “file a notice of compliance with this Order.”

Powell said in an April 24 filing that Flynn was provided by the Department of Justice (DOJ) with new exculpatory evidence that “proves” he was “deliberately set up and framed by corrupt agents at the top of the FBI.”

The evidence was filed under seal and thus isn’t available to the public; Powell has asked Sullivan to unseal it.

The documents were produced as a result of an ongoing review of the case by Jeffrey Jensen, U.S. attorney for the Eastern District of Missouri, who was directed in January to perform the review by Attorney General William Barr.

She argues that the investigation of Flynn, officially for his supposed “relationship” with Russia, was a pretext to target Trump.

Sullivan denied in December 2019 her request for a list of additional documents and for dismissal. New information, however, has been turning up in the case since then.

Trump wrote on Twitter on March 15 that he was “strongly considering” a pardon for Flynn.