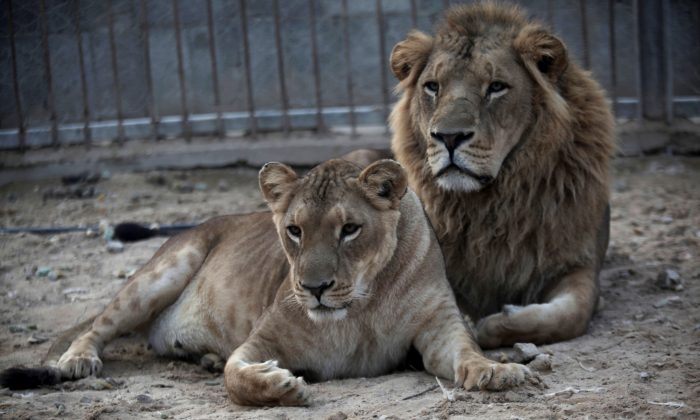 A viral video shows a lion getting tossed into the air by what appears to be a Cape Buffalo in Africa.

The lion attempted to kill a buffalo in Kruger National Park in South Africa.

But two other buffalo rushed in to save the other.

As the lion was trying to take the buffalo down, it left itself open to getting hit and launched. All four of the animals were able to walk away with minor injuries.

The footage was captured by Oliver and Ian Matheson, who were on a Safari. The Barcroft Media website uploaded it to its YouTube channel.

“Two young lions had been silently stalking the buffalo for about 45 minutes when one finally made its move. But the predator was so focused on bringing down his prey that it left itself open to a surprise attack,” Barcroft says.