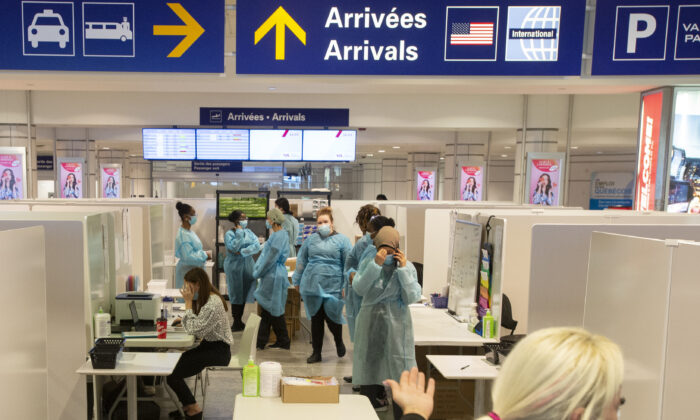 Flying Air COVID: A Bright Spot in the Beaten Down Airline Industry

On Jan. 19, American Airlines flight AAL38 from Miami to London did something unusual.

An hour into its flight, it made a U-turn and returned to Miami.

No. … Just another mask dispute.

Mask-related disputes are a whole new category of data kept by the FAA. As of the beginning of this year, there have been 92 cases of passengers disrupting flights over masks. In 2021 it received 4,290 mask-related complaints.

Restrictions that have been forced on businesses due to the pandemic have created a whole new level of challenges to deal with. And the airline industry is no exception.

The airline industry is a complex business. Managing schedules to maximize capacity has become an art.

I can remember flying in the late 90s and early 2000s and being the only guy sitting in my row. Airlines have reworked their routes and schedules to address that. In the years leading up to the pandemic, it was rare that I was ever on a flight that wasn’t completely full.

Managing this kind of scheduling is a challenge on its own.

But throw in vaccine mandates, testing rules, a couple variants, breakthrough case quarantines, all disrupting staff and operations and you’ve got a no-win situation.

Thousands of flights have been canceled.

The situation became so bad, the CEO of Delta, Ed Bastian, wrote to CDC Director Rochelle Walensky asking for quarantine times to be reduced from 10 days to 5.

That’s a Hail Mary pass if there ever was one.

The impact has hit share prices and financials of many airlines. After a rebound in mid-2020, most airline stock prices have been sliding since April 2021. None have been able to recover to pre-pandemic highs.

And their bottom lines aren’t doing well either.

You can’t blame it all on COVID-19, but it’s definitely a factor. And until these restrictions go away completely (which is going to be tough since mask wearing has become so politicized) they’ll continue to weigh on airlines’ profits.

And it’ll be a challenge investing in the sector.

You Know What Flies but Doesn’t Need a Mask?

They don’t talk. They don’t get unruly after drinking too much. They don’t make a ruckus and force unscheduled landings.

It’s a sad commentary on what’s happening in society, but transporting packages has been a better business than transporting people, lately. And not surprisingly, the air cargo industry has performed considerably better during this whole mess.

The major lines like FedEx and UPS have done considerably better with earnings of $5 billion on $84 billion in revenue and $1.3 billion profit on revenue of $84 billion, respectively.

Another overlooked air cargo business is Amazon Air, a division of AMZN. And smaller, lesser-known air cargo companies who operate for Amazon have been performing well too. Carriers like Atlas Air and Air Transport International have both turned a profit in the last year.

While the airline industry may not be flying high, the air cargo industry would be worth a look.