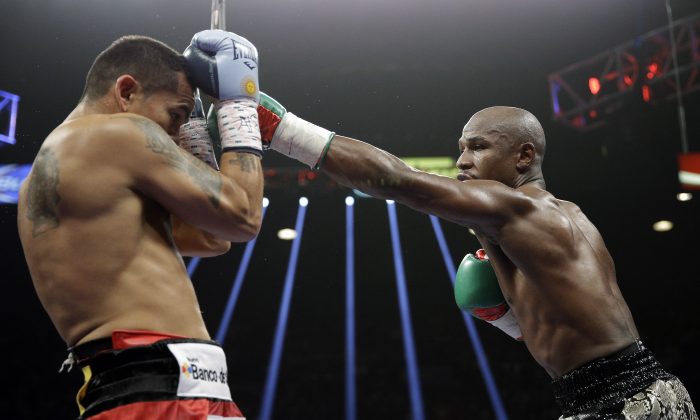 Manny Pacquiao’s trainer says that he hopes the long-awaited Pacquiao vs Floyd Mayweather fight will happen.

The two star boxers were slated to fight several years ago but the deal fell through, with both sides blaming the other.

Talk has been increasing about having the fight next year, presumably in May or September.

However, it’s starting to look like Mayweather will opt to fight the winner of Amir Khan and Devon Alexander in May, especially if Khan wins.

That would likely set up the Mayweather-Pacquiao match for September or November 2015.

Freddie Roach, who is currently Pacquiao’s trainer and formerly trained Khan, recently told Ring TV that he hopes the Pacquiao-Mayweather fight will happen.

“I’ve had meetings with Arum and [President/CEO of CBS Corporation] Les Moonves. If everyone does what they say they’re gonna do, the fight will happen. But they all have to do their job, it’s not just Mayweather and Pacquiao. It’s the promoters and the TV people. Now you have to deal with HBO and Showtime doing a co-promotion together.

MORE: Mayweather Won’t Fight Pacquiao Because it’s the ‘End of His Undefeated Record’

“It’s been done once before with Lennox Lewis and [Mike] Tyson so it can be done. I’m hoping everyone does their job and the fight happens. I’m a little skeptical but I hope like all you people in the world. I love challenges and that’s a challenge for me.”

Mayweather seemed increasingly open to the prospect of facing Pacquiao until his father spoke out basically guaranteeing that the fight would happen. Mayweather then slammed his father’s comments, while saying in a separate interview that his father wanted him to fight Khan and that he would likely do so.

Pacquiao next fights Chris Algieri on November 22. If he wins, he would seem to be lined up to fight Mayweather. If Mayweather opts against fighting him in May 2015, then Pacquiao’s opponent would be fairly unclear, especially if Mayweather took Khan as the opponent.