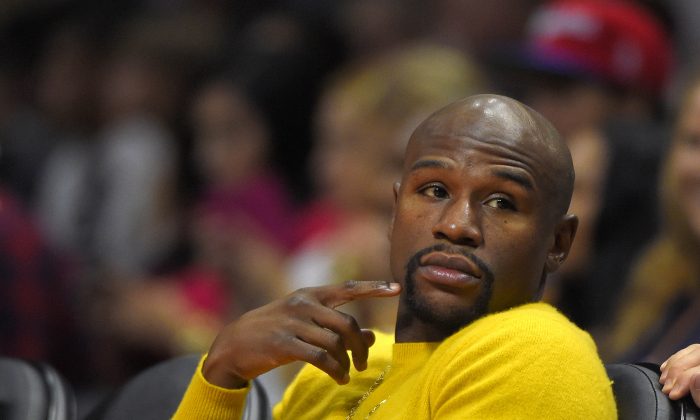 Floyd Mayweather Next Fight: Vs Manny Pacquiao Fight Deal Done, Date is May 2

Floyd Mayweather Jr. against Manny Pacquiao apparently is going to happen, according to Mayweather’s Twitter page. It will take place May 2, 2015.

A photo that is being shared on Twitter shows that the fight is happening.

Mayweather vs. Pacquiao fight happening on May 2, 2015, according to @FloydMayweather https://t.co/dRnBPfnmwb pic.twitter.com/dcHsJFhLe3

Parallel talks between competing networks Showtime and HBO have also reportedly settled most major points, including who the announcers will be. Mayweather is contracted to fight for Showtime, while Pacquiao fights on HBO.

And both sides have agreed to the bout taking place at the MGM Grand in Las Vegas, where Mayweather has fought exclusively for years.

People close to the talks who spoke on condition they not be identified because they were not authorized to speak publicly say they expect a resolution one way or another sometime this week. Both fighters would need at least eight weeks to train if the fight happens, or other opponents selected for different fights if it doesn’t.

But while speculation swirls widely in boxing circles that the fight will be made, only one thing seems certain: The fight, if it happens, won’t become official until Mayweather announces it himself.

And so far Mayweather has shown no urgency — at least in public — to do just that.