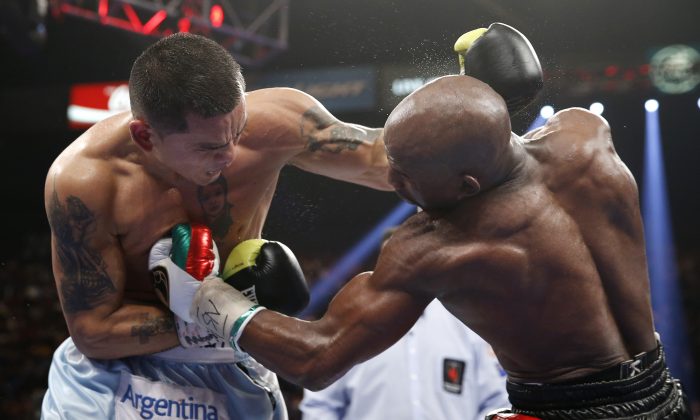 Floyd Mayweather Next Fight: Start Time for Bout vs Maidana Moved Up

Floyd Mayweather’s fight vs Marcos Maidana later this year has been moved up.

The fight is on the same date but will likely be pushed up timewise.

The Showtime pay-per-view will start at 8 p.m. EDT instead of 9 p.m., Showtime Sports head Stephen Espinoza said, according to Forbes.

The time change means the main event will likely start before midnight.

“It is to improve the customer experience,” Espinoza said.

“After discussing it with our distributors it seemed like a no-brainer,” Espinoza added, noting that 80 percent of the U.S. population is in the eastern and central time zones.

“The West Coast is already used to early evening start times with other major sporting events.”

Mayweather is on board with the time change, Espinoza also noted.

“Floyd is an innovator. If there is a new idea that can expand the boxing audience or elevate the sport or change the presentation in a positive way, he is all for it,” he said.

Fighters for the undercard are expected to be announced within the next week.

The fight is scheduled for September 13 at the MGM Grand in Las Vegas.