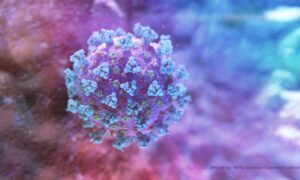 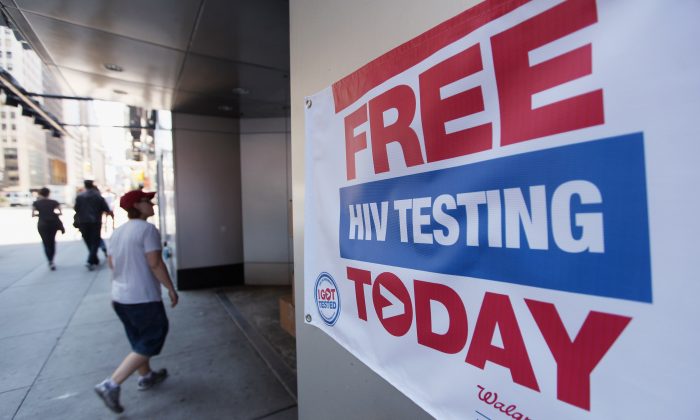 While the world focuses in fear on COVID-19 numbers, a disease with a familiar name is spreading silently throughout Florida. According to the latest HIV Surveillance Report (pdf) released by the Center for Disease Control (CDC), Florida had the greatest number of new HIV diagnoses as of 2019. With 4,378 new HIV cases diagnosed, Florida is followed by California (4,354) and Texas (4,302). However, one of Florida’s leading HIV experts says “we have the tools to get this HIV epidemic under control.”

The latest numbers from the Florida Department of Health show 116,689 people are living with HIV in Florida. Of those, 92,398 are “in care.” This means 24,291 people living with the disease are not being treated.

Recent data from Florida Health shows Miami-Dade by far having the greatest number of newly diagnosed cases (1,181), followed by Broward (624) and Orange (474).

“This is all about implementation,” Dr. Mario Stevenson, chief at the Division of Infectious Diseases and Co-Director at the Miami Center for AIDS Research (CFAR) at the University of Miami, told The Epoch Times. “We have the tools to get this HIV epidemic under control.”

However, Stevenson said “actually implementing those tools is a challenge, especially in a diverse state like Florida.”

“Within those areas are hot spots,” Stevenson explained, “which tend to be areas that are underserved in terms of healthcare access, communities of color, and high levels of tourism.”

“The explosive growth and positivity rates are actually in my district,” state Senator Jason Pizzo (D-Fla.) told The Epoch Times. “I have an entire generation of teenagers who are HIV positive who for cultural religious or community reasons will not test, treat or disclose that they have it.”

According to Joy Winheim, executive director of Empath Partners in Care (EPIC), while cultural reasons and a lack of access to healthcare in our poorer neighborhoods do play significant roles in the numbers disparity, apathy may be another contributor.

“I think HIV is so manageable these days people have forgotten they need to protect themselves or choose not to because it’s manageable,” Winheim told The Epoch Times. “I think we have a whole generation of people saying ‘it can’t happen to me,’ and think it’s not a big deal anymore.”

According to its website, EPIC is a member of Empath Health, “a nonprofit integrated network of care supporting those challenged by chronic and advanced illness in the Tampa Bay region.”

“HIV isn’t a death sentence anymore,” Winheim explained. “You went from taking 15 to 20 pills a day to taking one or two pills a day. It’s a very manageable illness and I think people are willing to take the risk because it’s manageable.”

How to Tackle Florida’s HIV Epidemic

Asked what would be the most effective approach in tackling Florida’s HIV epidemic, Stevenson said messaging must play an important role.

“The messages have to be culturally and ethnically tailored so they’re going to be effective,” Stevenson insisted. “You have to relay the message through people who have credibility within those communities so they have a comfort and belief that the message is authentic and isn’t going to cause harm.”

“If you don’t know your status and you continue to have risky behaviors then you’re going to spread it,” she explained. “Knowing your status is number one.” “Number two,” she said, “is education and the distribution of medications to treat HIV.”

“In early July we are opening a Sexual Health Center that focuses on the testing and treatment of HIV and other sexually transmitted diseases,” Winheim revealed. “We’re going to do rapid testing and rapid treatment. If you feel the need to continue to have risky behaviors then at least get on PrEP.”

According to the CDC, PrEP (pre-exposure prophylaxis) is “medicine people at risk for HIV take to prevent getting HIV from sex or injection drug use. When taken as prescribed, PrEP is highly effective for preventing HIV.”

“Science has shown that if you take PrEP, you cannot contract the virus if you use it with a condom,” Winheim said.

“We know that antiretrovirals have dramatically altered the landscape for people living with HIV,” Stevenson explained. “What’s less well known is the individuals who are at risk of infection, if they take the same medications that are taken by individuals who are infected, it’s like a vaccine. They are absolutely protected from getting infected.”

As with Winheim, Stevenson said, when you consider the fact that approximately 50 percent of the infected population don’t know they’re infected, testing those who are at risk and getting them on antiretrovirals like PrEP are the two most essential principles in HIV treatment.

According to Stevenson, former President Donald Trump’s “End HIV Epidemic” initiative—announced during his 2019 State of The Union Address—“is really built on those principles.”

Stevenson also shared that the University of Miami has a mobile clinic “that goes to the hot spots that have been mapped in cooperation with the Department of Health.”

“The mobile clinic has access to data from the CDC’s Surveillance Program,” he added.

“So we can use that same database to find out where most of the infections are occurring. Then we target that vehicle to those hotspots and we know what works, we know that gets PrEP to communities that are underserved for most healthcare enterprises.”

In February, Pizzo introduced SB 1618, known as the “HIV Prevention Justice Act,” which proposed “reducing the degree of criminal penalty” imposed by an existing Florida Statute. The bill failed in the Health Policy Committee on April 30.

While on the surface it may look like Pizzo’s bill simply proposed to reduce the penalties for knowingly transmitting the disease, the senator insists “the utility of the bill is to move toward destigmatizing HIV.”

As Pizzo explained to The Epoch Times, “the stigma that still exists at the legislative level” demonstrates how “antiquated, old-fashioned ideas” are preventing lawmakers from making any relevant progress on combating the HIV crisis.

Because of this, Pizzo said, “the bricks and mortar kind of clinics that conduct HIV testing don’t work because there’s still the stigma in many communities so nobody is going to walk into those places.” He believes the mobile clinic will be more effective because people going in to be tested or treated for HIV will look no different than someone going in for COVID testing or a flu shot.

Gov. Ron DeSantis’ new 2021 Florida Leads budget, which funds the Florida Department of Health, provides $2.8 million for the prevention, treatment, and response to the HIV/AIDS epidemic in Florida.

According to Pizzo, “a lion’s share” of that funding will go to Stevenson.

Stevenson expressed great optimism about the development of new medications, which he believes will be vital tools in fighting the HIV epidemic. The formulation of a new once-a-day pill has shown to be almost 100 percent effective in clinical trials. A new injection that protects patients for 1-3 months and a once-a-month pill are also showing great promise. “Those are remarkable developments,” Stevenson said.

“So we really want to let people know these things are on the way and this is how we’re going to get this epidemic under control,” he said. “I have a very positive attitude in terms of believing we’re going to be able to get there.”