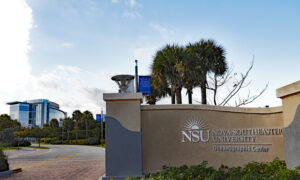 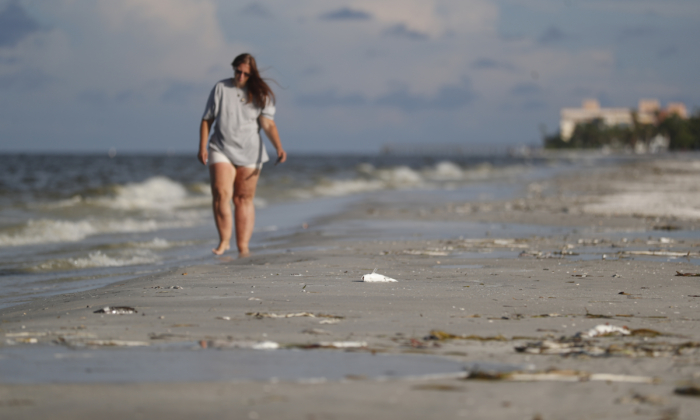 PUNTA GORDA, Fla.–For more than 50 years, K. brevis or Red Tide, as it is commonly known, has plagued the southern portion of the gulf coast of Florida, and while it is currently making its presence known to Floridians, it is creeping into the political agenda for the 2022 gubernatorial race.

This past week, Fried kicked off a three-day tour across the state to discuss her agency’s clean water initiative, aimed at updating the department’s water policies to better protect the state’s natural resources.

Water quality is also an important issue facing Florida Gov. Ron DeSantis, a Republican.  Upon taking office, he issued an executive order to tackle Florida’s critical water issues, which included the reactivation of the long-dormant Red Tide Task Force. The governor designated $4.8 million in this year’s budget to the task force to battle the state’s continuous algae issues.

“Since taking office, I have been hyper-focused on protecting our state’s water resources,” said Gov. DeSantis in a written statement. “We have made strategic investments in red tide research, mitigation, and communication efforts, but we cannot take our foot off the gas. My administration will continue to press forward to find solutions to the complex issues surrounding red tide.”

“Governor DeSantis has been a champion for conservation and the environment,” Sutton said in a recent press conference. “With the governor’s support, we’ve stepped up community science and volunteer networks, invested in automated monitoring technology, and improved our analytical capabilities.”

Red Tide is an algae bloom that occurs annually and can cause damage to wildlife, respiratory problems in humans and affect the economy of Florida.  It is prevalent during August and into September of each year.

Red Tide is not new to the area. It has been around since the 1400s when the Spaniards arrived on the Gulf shores of Florida.   It is described by many scientists as “naturally existing.” Red Tide feeds off a variety of nutrients. When there are higher levels of nutrients, the organisms can explode into a bloom that can be spread by currents and wind patterns. These nutrients can include fertilizer runoff pollution, which is what both Fried and DeSantis are trying to tackle.

All experts in the field agree that while Red Tide is a natural phenomenon that is not going to go away, new technologies and scientific advances can help control the damage it causes to marine life and humans.