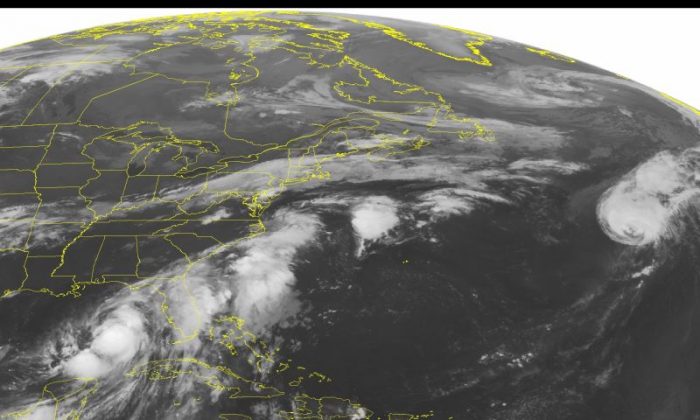 MIAMI—Florida’s Gulf coast was bracing Thursday for a hit from Tropical Storm Hermine, which forecasters said could make landfall as a hurricane.

A hurricane warning was in effect for Florida’s Big Bend from the Suwannee River to Mexico Beach. And on the East Coast, a tropical storm warning was issued for an area that extended from Marineland, Florida, northward to the South Santee River in South Carolina.

Hermine’s maximum sustained winds Thursday morning were near 65 mph (100 kph). Some strengthening was forecast and the U.S. National Hurricane Center said Hermine was expected to be a hurricane when it makes landfall in Florida on Thursday night or early Friday.

As of 8 a.m. EDT Thursday, Hermine was centered about 235 miles (380 kilometers) west-southwest of Tampa, Florida, and was moving north-northeast near 12 mph (19 kph).

Residents in some low-lying communities in Florida were being asked to evacuate Thursday as the storm approached. The Tallahassee Democrat (http://on.tdo.com/2c2jFxe ) reported that emergency management officials in Franklin County have issued a mandatory evacuation notice for people living on St. George Island, Dog Island, Alligator Point and Bald Point. Residents in other low-lying areas prone to flooding were also being asked to evacuate.

Florida’s Big Bend area has a marshy coastline and extends from just east of the Apalachicola River in the Panhandle to roughly the Cedar Key area, which is west of Gainesville. It is made up of mostly rural communities and smaller cities off the beaten paths of Interstate 10 and Interstate 75.

In Charleston County, emergency officials have a message for residents: Stay home on Friday. The storm is expected to flood streets in the Charleston area which can see high tide flooding even on sunny days.