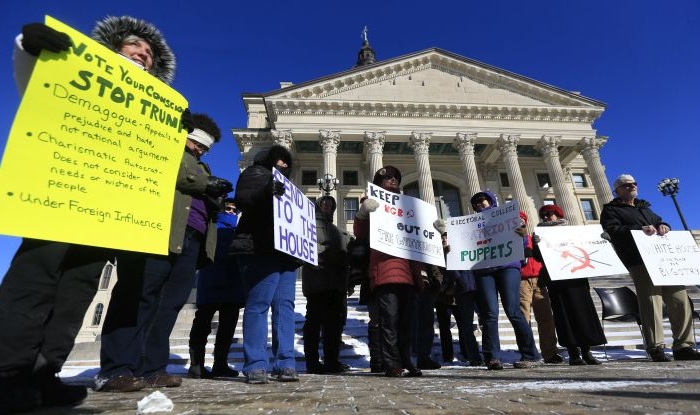 Florida’s 29 electors cast their votes for Donald Trump inside the state Senate chambers as about 200 people protested outside the doors.

The ceremony took place Monday and was overseen by Secretary of State Ken Detzner. The electors were selected by the Republican Party of Florida.

Protesters shouted, “Love trumps hate” just before the vote took place, and “Vote your conscience” as the electors filled out their ballots.

Earlier, protesters gathered outside the state’s historic old Capitol and waved signs at drivers before moving inside the current Capitol. Among them was Randie Denker, a 66-year-old lawyer who said Trump is unfit to be president.

Denker said Trump is an embarrassment to the country, has already alienated China and has conflicts of interest with his foreign businesses.