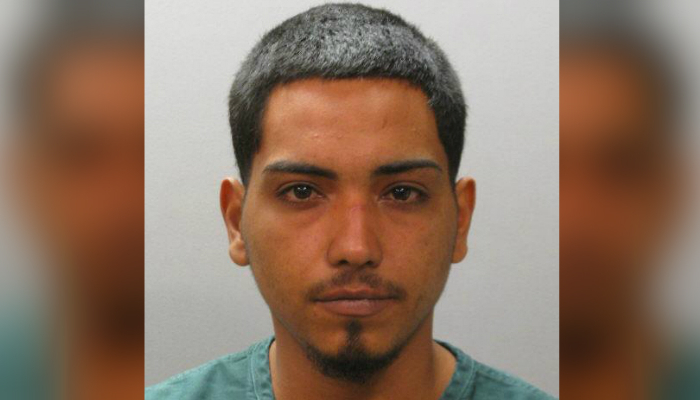 Florida Woman Rescued After Being Imprisoned in Vehicle

A Florida man has been charged with false imprisonment after a convenience store worker spotted a woman mouthing “help” from inside a vehicle and alerted authorities.

Jacksonville Sheriff’s Office says that Jose Ramos Sandoval had trapped the woman in his car after offering her a lift to a nearby beach pub in the early hours of Sunday morning.

A Kangaroo Express employee phoned 911 after the woman in the vehicle in the gas station parking lot caught his eye, they said in a statement on Monday, 12 Feb.

Officers issued an alert, and the vehicle was spotted on Atlantic Boulevard in Jacksonville.

When officers tried to stop the vehicle the suspect fled “recklessly.” Officers gave chase and were able to finally take the suspect into custody.

According to the sheriff’s office, Sandoval admission and was arrested for False Imprisonment, Fleeing Police, and Violation of Probation.

The victim had been walking from one local beach pub to another when Sandoval pulled over and offered her a lift. Thinking she knew him, she accepted, only later realizing she had never seen him before.

“Once inside, they started traveling in a direction away from her destination,” said the statement.

When he pulled over at the gas station and convenience store at 13697 Beach Boulevard, she tried to escape, but Sandoval stopped her.

“The suspect reached over and grabbed her hair to keep her confined inside the vehicle. He refused to let her leave.”

It was then that the woman was able to mouth the word “help” to the gas station employee who then called police around 1:15 a.m.

“A big thank you to the alert employee at this gas station,” said the Jacksonville Sheriff’s Office. “Getting involved makes a difference, we can’t thank you enough.”