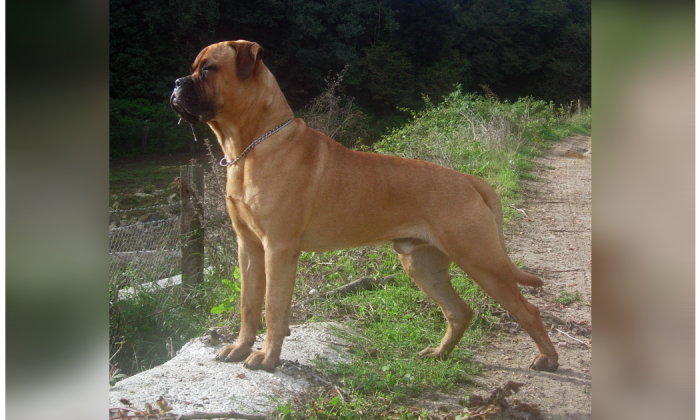 Florida Woman Bit in Face While Trying to Kiss Bullmastiff

Andrea Swartwood from Brooksville, Florida, was bitten on the face by her roommates’ 200-pound bull mastiff on June 19 after she tried to kiss the dog, according to deputies of Hernando County.

The incident happened just after 1 a.m. when Swartwood and Justin Norman, one of Swartwood’s roommates, returned to their residence in Canal Drive from a local bar, reported Fox News.

The pair share the house with two other roommates, who recently adopted a 200-pound bull mastiff from a man only known as “Mike” in Floral City.

At the time of the incident, Norman and Swartwood had just returned home when the dog “suddenly became aggressive” and began growling at all four residents, a sheriff’s office spokesperson said. One of the residents told deputies that the mastiff had never shown aggression during the time they had taken it in, which had been a “week or so.”

For unknown reasons, Swartwood leaned down and approached the dog, attempting to kiss it on the face. The dog then bit her on the left cheek and lip area, reported NBC Channel 8.

Norman tried to pull the mastiff away, and was also bitten on the left hand. The four eventually managed to lock the animal into a bedroom.

“He was just … he was upset,” one of the owners, Taylor Evans, said in an interview with NBC. “She shouldn’t have gotten in his face. It was a freak accident. That’s all that happened.”

Swartwood was sent to a local hospital and then a trauma center for treatment by a plastic surgeon.

The mastiff was taken to Hernando County Animal Services by a Hernando County Sheriff’s Animal Enforcement Officer. The facility told ABC Action News that with any animal bite, the standard procedure is a 10-day rabies quarantine for the animal. As of this time, the fate of the bull mastiff is still unknown.

The case remains under investigation, according to police.