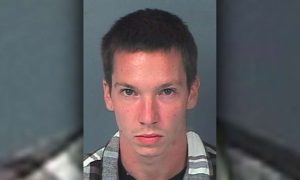 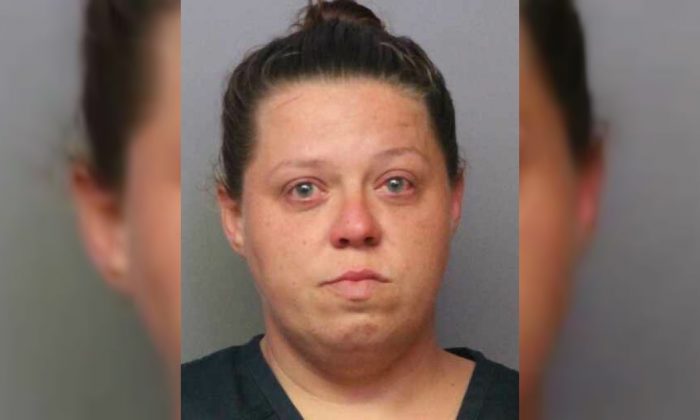 A Florida woman was arrested on March 29 and charged with the first degree murder of a young man in what has been described as an execution style killing.

Tyler has been charged with the capital felony of first degree murder, tampering with evidence, and grand theft of a firearm. She was booked into the Polk County Jail and is being held on no bond.

On the Polk County Sheriff’s twitter page, Tylers mugshot was posted with the tweet: “We’ve arrested 28-yr-old Heather Tyler of #Lakeland for the cold-blooded first degree murder of 21-yr-old Joseph Witherington. He would be alive today if not for her viciousness. His family & friends are in our prayers.”

“We’ve arrested 28-yr-old Heather Tyler of #Lakeland for the cold-blooded first degree murder of 21-yr-old Joseph Witherington. He would be alive today if not for her viciousness. His family & friends are in our prayers.” – Sheriff Judd. Read the release: https://t.co/s0dDxduF7N pic.twitter.com/lgxGghourM

According to the police report, the young man, 21-year-old Joseph Witherington, was with Tyler at her house for a few hours on March 27 before driving with her in his friend’s blue Kia to a local convenience store and then out to 80 Foot Road in Alturas.

“Heather Tyler made a conscious decision to shoot the decedent a second time, although he was incapacitated from the first gunshot wound to the head,” the police report said.

On the morning of March 28, Witherington was found dead in the driver’s seat of the car by orange grove caretakers in a grove on Mud Lake Road. The car belonged to a friend of Witherington’s who let him borrow it often.

A pair of women’s flip-flops was found closeby. Tyler later admitted to detectives that the flip flops were hers and that she was with Witherington during that time.

An autopsy revealed the cause of death to be homicide by two gunshots to the head.

“Regardless of Heather’s many reasons and excuses, we know that she executed Joseph Witherington by shooting him in the back of the head while he was driving down a dirt road between orange groves—and that is first degree murder and we have charged her accordingly,” said Grady Judd, Polk County Sheriff in the police report.

“Clearly the evidence, witnesses, and her admissions confirm that she committed cold blooded first degree murder. Joseph’s family and friends are in our prayers. If not for the vicious act by Heather Tyler, he would be alive and well today.”

The police report stated that Tyler did not provide a motive or a clear account of the events.

“Tyler gave detectives several versions of events from inside the Kia that evening, but the evidence and witness statements confirm that she shot him in the head while he was driving,” said the police report. “She shot him again after the vehicle came to a stop. She then took his wallet and fled the scene, leaving her shoes behind, and burned her clothes that had his blood on them. She did not give detectives a clear motive for the killing.”

The police report also says that Tyler tampered with evidence by burning the clothes that she was wearing at the time of the shooting.

“Tyler said the clothing had blood on them and possible evidence of a homicide was destroyed when she intentionally burnt them,” the police report said. “Tyler also removed other evidentiary items from the scene with the intent to destroy them.”

Witherington’s sister posted on her facebook account a picture of Tyler with the comment, “This is the Evil monster who shot my brother for no reason! I hope you get the death penalty! #justiceforjoey Thank you Polk County Sheriff Department.”

This is the Evil monster who shot my brother for no reason! I hope you get the death penalty!💔💔💔#justiceforjoey Thank you Polk County Sheriff Department

Witherington’s brother also shared the post saying, “This monster took my brothers life. Thank you Polk County Sheriff Office. We got #justiceforjoey you shot my brother for nothing you monster you deserve life!”

The investigation is ongoing and the Polk County Sheriff’s Office is not releasing information about the witness.