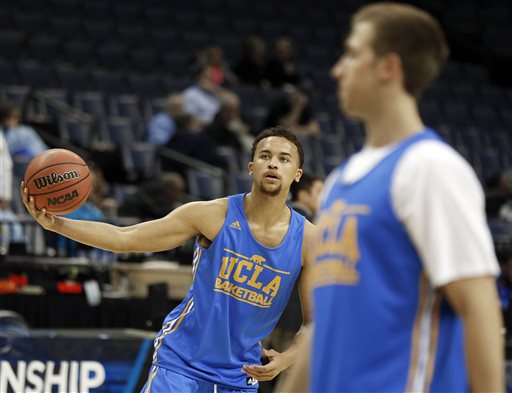 The Florida Gators take on the UCLA Bruins in the 2014 NCAA tournament on March 27.

The teams are playing at the FedExForum in Memphis, Tennessee.

The game will be aired live on CBS while live streaming is available via NCAA.com.

This Thursday night game comes after Dayton-Stanford. Whichever team wins this game will face the winner of that game on March 29 in the Elite Eight for the right to make it to the Final Four.

Florida’s D to be tested by UCLA’s potent offense

MEMPHIS, Tenn.—Scottie Wilbekin has defended the 6-foot-6 Harrison twins of Kentucky and seen his share of tall guards during his four seasons at Florida.

Yet nothing really has prepared the Southeastern Conference player of the year forUCLA’s Kyle Anderson.

The sophomore plays point guard for UCLA despite being 6-9, tall enough to play forward or center on any other team. Anderson can stretch his arms out 7-3, allowing him to simply pass over or around any defender in his path helping the Bruins average 81.5 points a game.

Wilbekin is giving up 7 inches and says Anderson definitely is a unique challenge.

The Gators have been one of the nation’s stingiest defenses all season and now must slow down Anderson and the Bruins in the South Regional semifinal Thursday night.