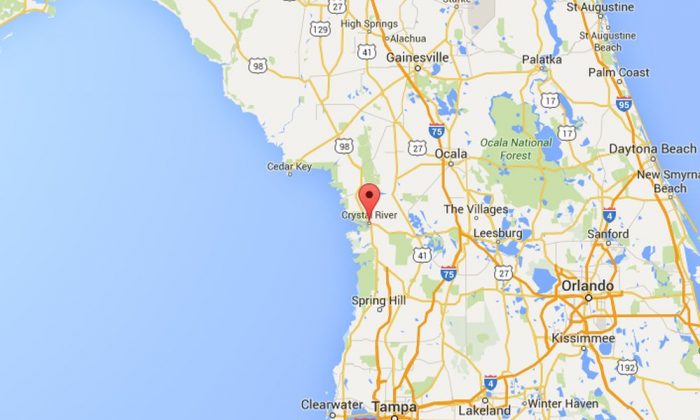 This kid will either be the next @_FloridaMan the next @the_rickybobby or both https://t.co/YFsCvmx3b5 pic.twitter.com/GlZBXwHt96

Citrus County Sheriff’s officials told local media outlets they were alerted by motorists who feared for the child’s safety. Deputies said several vehicles created a blockade around the boy to keep him from entering traffic. Authorities said the child, clad in a shirt and diaper, was in the toy vehicle’s driver seat when they arrived Wednesday.

Authorities didn’t release the father’s name. Reports say he told deputies he was in the bathroom when his son used a small chair to unlock a door and left without his knowledge. WFTS Tampa Bay (http://tinyurl.com/z53t6kk) reports the father said he immediately began searching for him.