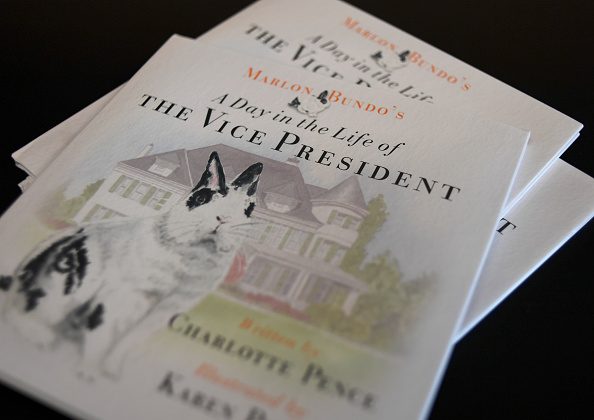 A Florida teacher is under investigation after reading an unapproved book about gay bunnies to first-grade students.

The book, “Last Week Tonight with John Oliver presents A Day in the Life of Marlon Bundo,” is meant to make fun of Vice President Mike Pence’s beliefs on homosexuality and gay marriage. The story follows Pence’s bunny Marlon Bundo who falls in love with another male bunny and they want to be together.

#Onlyon9: New at 6, Parents are hopping mad after learning that this book about 2 boy bunnies wanting to get married was read to first graders. Now the Seminole County Public Schools has launched an internal investigation over it.#WFTV @LastWeekTonight pic.twitter.com/JiSwilMXnT

The incident happened at Pine Crest Elementary School in Sanford, Florida, WFTV reported Wednesday. The individual is still a teacher.

“Noah comes home one day and asks us if it’s OK for two male bunnies to get married,” grandparent Kraig Hudson said, according to WFTV. “I said, ‘By our beliefs, no. But we do judge nobody.’”

One parent found reading the book overstepped boundaries between what a parent and teacher should teach.

“It’s not something that should be in an elementary school,” Wendy Curry, whose son is gay, said to WFTV. “That’s for me to decide at home, what I want to teach my child and what I feel they are able to handle.”

WFTV reported several parents complained to the district, but Lawrence said to TheDCNF he was aware of “one complaint.”

The Pence family has been vilified for their beliefs on homosexuality. Wife Karen Pence was bashed by various liberal groups for teaching at a Christian school which can refuse those who engage in homosexual or transgender behaviors.

Oliver’s book was published in 2018 following “Marlon Bundo’s Day in the Life of the Vice President,” co-authored by Karen Pence and daughter Charlotte Pence, according to The Hill.