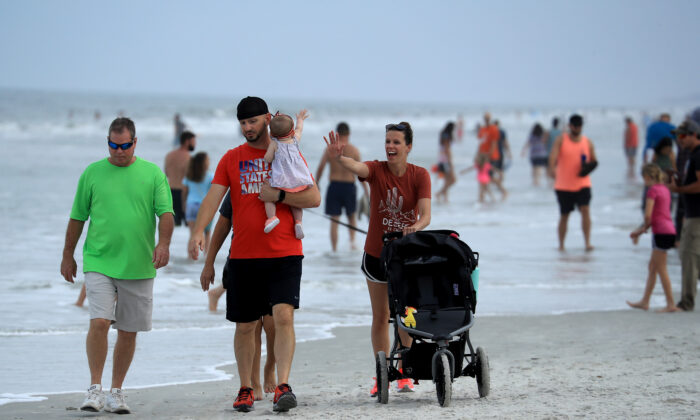 Florida on Thursday broke its own record for the highest number of COVID-19 cases in a single day, coming weeks after the state eased restrictions on businesses and public gatherings, health officials said.

The Florida Department of Health confirmed 1,698 more cases of the virus in a single day. The state has more than 67,456 CCP virus cases and more than 2,448 deaths, said the health department.

A record total of 687 cases of COVID-19 was recorded on Thursday in South Carolina, said the Department of Health and Environmental Control, reported WLTX-TV in Columbia. The state has more than 16,000 cases of the virus, according to data from Johns Hopkins University.

Both states began reopening in May, but a recent spike in large street protests over the death of George Floyd in Minneapolis police custody later that month may have triggered a surge in cases. Some health experts warned that the lack of social distancing at protests could be a catalyst for a new surge in cases, while some are not sure.

Many of the protesters were seen wearing face masks, and the vast majority of demonstrations—some of them violent and have led to acts of vandalism, arson, and looting—have been outside.

“It is too soon to tell what public health impact the protests of the last few weeks will have on New York,” said Professor Summer McGee, the dean of the School of Health Sciences at the University of New Haven, told the New York Post on Thursday. “We will have a much better picture of things in another week or two because positive tests and hospitalization lag behind exposure by a few weeks.”

“Most protesters I saw were wearing some kind of cloth face covering,” McGee said. “But prolonged close proximity to others is a concern when individuals are wearing bandanas and less effective masks.”

The U.S. Centers for Disease Control and Prevention (CDC) said the United States saw a 36.5 percent increase in daily CCP virus cases, whereas most other countries with significant COVID-19 outbreaks have seen a decline.

“It seems that we, the U.S., has given up and accepted this disease as a facet of life,” Jeffrey Shaman of the Columbia University School of Public Health told NPR. “It didn’t have to be this way, and it still doesn’t going forward.”