Florida Reports Lowest Daily COVID-19 Cases per Capita in US 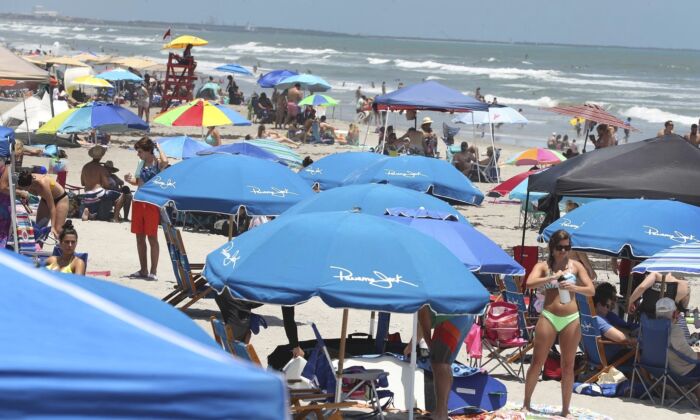 Florida is now tied for the lowest daily COVID-19 cases per capita in the United States.

A Nov. 26 update shows the Sunshine State reported a daily average of 1,393 CCP (Chinese Communist Party) virus cases as of Friday, or about six cases per 100,000 people. That represents a five percent decrease over the past two weeks, data from the state shows.

Michigan saw a daily average of 8,457 COVID-19 cases, or 85 cases per 100,000 people—the highest in the United States, according to the data. Those figures represent a 59 percent increase in cases over the past two weeks.

“It just shows once again the success of Governor DeSantis’s science based and data-based policies,” press secretary Christina Pushaw told Fox News over the weekend. “He’s always made decisions based on the data and that continued even during the Delta surge this summer what he realized would help was not mask mandates in school or lockdowns but provide treatment that actually works.”

Throughout the pandemic, DeSantis, a Republican, has been praised by Republicans and criticized by Democrats and legacy media pundits after he rescinded mask mandates and signed laws prohibiting vaccine mandates in the state.

Earlier this month, Florida filed a lawsuit against the Biden administration over its employer vaccine mandate that was issued through the Occupational Safety and Health Administration, or OSHA. The mandate, which was slated to go into effect on Jan. 4, would require businesses with 100 or more employees have their workers submit to weekly COVID-19 testing and mask-wearing, or they would have to receive the vaccine.

The federal U.S. Fifth Circuit Court of Appeals issued an order days later blocking enforcement of the OSHA rule, while a series of lawsuits that were consolidated into one legal challenge will be heard by the U.S. Sixth Court of Appeals. About a week ago, White House lawyers asked the Sixth Appeals Court to reinstate the OSHA vaccine mandate.