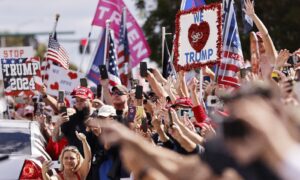 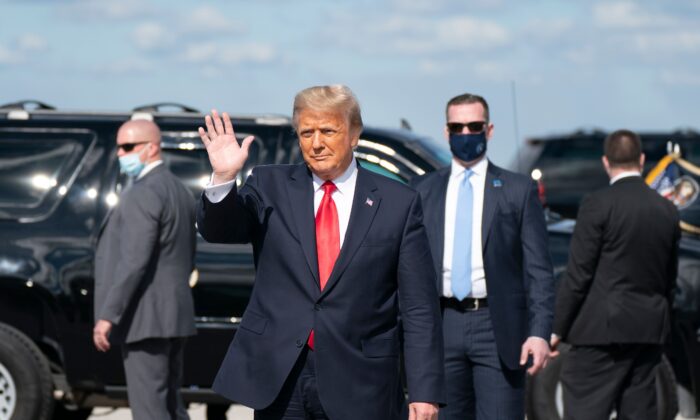 Rep. Anthony Sabatini (R-Fla.) is planning to propose legislation that would name the U.S. 27 Route in Florida as the “President Donald J. Trump Highway,” in honor of the 45th president of the United States.

“This legislative session I will be sponsoring an amendment to rename U.S. Highway 27 as the ‘President Donald J. Trump Highway,’ This great highway runs through the heartland of Florida in the State that President Trump calls home,” the representative wrote on his Facebook page.

Rep. Sabatini told the Orlando Sentinel that he chose Route 27 because it passes through Lake County, his home district.

“It’s one of the most historic highways and one of the longest highways which goes through pretty much the whole state,” Sabatini said. “I just think it’s a pretty good choice.”

The 481-mile highway connects the state’s capital Tallahassee to Miami.

“Looking forward to working on this important designation honoring one of the greatest Presidents in American History,” Sabatini wrote on a Twitter post on Tuesday.

During the last moments of Donald Trump’s presidency, he traveled by motorcade from a Florida airport to his private club Mar-a-Lago.

He was greeted by a crowd of supporters in Florida on Wednesday.

Trump flew to West Palm Beach from Washington via Joint Base Andrews in Maryland.

“We just wanted to show him how much we appreciate him,” Anita Bargas, who traveled from Texas, told WLPG.

“For the most part, it’s just a somber but at the same time celebratory moment for us to welcome him back home,” Trump supporter Iam Hedendal added.

“We want to show him he’s not alone,” Daniel Rakus, a 65-year-old Palm Beach resident, told the South Florida Sun-Sentinel. “He did a great job. We support him.’”

“President Trump knows we had his back from the very beginning, and he proved that he had our back.”

Lisa Beche, 53, a Boca Raton resident, added, “He is one of the best.” She gave high marks to his presidency. “For four years, we were listened to. We were heard.”

Trump left Washington on Wednesday morning, skipping inauguration ceremonies for President Joe Biden, who was sworn in around noon. Every president in the past 100 years had attended his successor’s inauguration, according to the White House Historical Association.