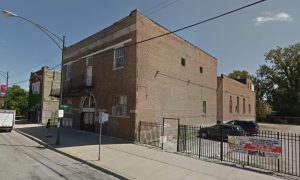 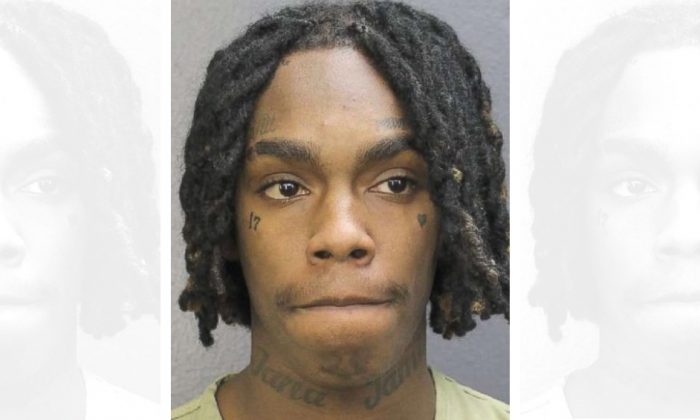 A rising Florida rapper who publicly mourned the deaths of two close friends and called them members of one rap “family” has now been charged with their murders.

Jamell Demons, known by his stage name YNW Melly, was charged on Wednesday, Feb. 13, with first-degree murder in the killing of Anthony Williams and Christopher Thomas Jr., according to Miramar police. He was booked into Broward’s jail shortly before 7 p.m. Wednesday, according to records cited by the Sun Sentinel.

Cortlen Henry, 20, an associate of Demons, has also been charged in connection with the slayings, according to the Miramar Police Department.

Demons and Henry are both being held at Broward County without bond.

“Jamell Demons, aka YNW Melly & Cortlen Henry have been arrested and charged with two counts of first-degree murder,” the police wrote in a statement, adding, “the victims, Anthony Williams & Christopher Thomas Jr., were killed on 10/26/2018.”

“The investigation, supported by forensic evidence, has concluded that Demons shot and killed Williams & Thomas Jr. and that Demons and Henry staged the crime scene to resemble a drive-by shooting,” authorities said.

Police believe Henry was the driver of the vehicle from which the victims were shot, Rolling Stone reported, while Demons was the gunman.

Jamell Demons, aka YNW Melly, and Cortlen Henry, aka YNW Bortlen, are accused of murdering two young rappers from the Treasure Coast. https://t.co/j7zfGnKLb7

‘I Am Turning Myself In’

Both of the victims were friends with Demons and part of the same musical group, in which Williams went by the stage name YNW Sackchaser and Thomas was known as YNW Juvy. Demons wrote on Instagram Wednesday afternoon that he was turning himself in to police in connection with the deaths of his associates, but appeared to deny any involvement.

“I am turning myself in today I want you guys to know I love you and appreciate every single one of y’all,” the Instagram post reads.

Demons wrote, “a couple months ago I lost my two brothers by violence and now the system want to find justice … unfortunately a lot of rumors and lies are being said.”

Then he called the victims part of the “ynw Family,” posting “we want y’all to remember it’s a ynw Family I love you @ynwsakchaser1 and @ynwjuvy.”

To all my fans and supporters no I did not get locked up in Washington , but I am turning myself in today I want you guys to know I love you and appreciate every single one of y’all, a couple months ago I lost my two brothers by violence and now the system want to find justice.. unfortunately a lot of rumors and lies are being said but no worries god is with me and my brother @ynw.bortlen and we want y’all to remember it’s a ynw Family I love you @ynwsakchaser1 and @ynwjuvy #freeus

In October, Demons’s lawyer, Bradford Cohen, was cited by Rolling Stone as saying that his client was “sad, he’s upset, obviously. Those were his best friends.”

The victims both featured in the “Melly” documentary video posted to YNW Melly’s YouTube page. On-screen text at the end of the film notes that four days after the documentary was finished, “YNW Melly and his friends were the target of a drive-by shooting in Miami, Florida. YNW Juvy and YNW Sakchaser were killed.”

Demons was cited by the Sun-Sentinel as writing on social media just one day after the killings: “They Took My Brothers From Me Over Jealousy I know y’all watching over me … and after, they wanna see me break down and stop or in jail or a box…”

No motive has been released for the killings.

‘Murder On My Mind’

The single “Murder on My Mind” went gold and debuted at No. 73 on the Billboard charts last year, according to Rolling Stone. The song has over 88 million views on YouTube and includes the lyrics, “I didn’t even mean to shoot ’em, he just caught me by surprise, I reloaded my pistol, cocked it back, and shot him twice. His body dropped down to the floor and he had teardrops in his eye.”

Demons has a criminal history that includes charges of possession of marijuana and a firearm by a convicted felon, according to The Fader.

He spent a year in prison as a 16-year-old after he was involved in a shooting outside his high school, in which no one was injured, but he was charged with aggravated assault with a weapon.