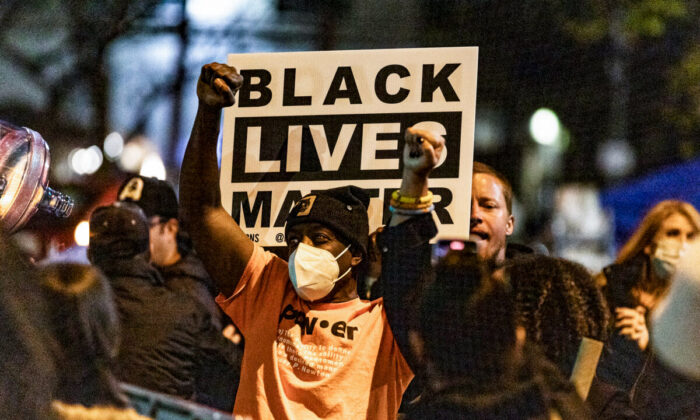 The University of Central Florida (UCF) has been ordered to reinstate a psychology professor who was fired last year after writing on Twitter that “black privilege is real.”

An arbitrator’s decision stated UCF failed to show “just cause” when it fired tenured professor Charles Negy and therefore violated his union contract. To remedy this, the university must fully restore his tenure, along with compensation and benefits.

The university said in a statement that it is “obligated to follow the arbitrator’s ruling.”

Negy, who has taught as a tenured professor at UCF since 2001, is a frequent critic of racial justice activism. In June 2020, amid unrest and violent protests following the death of George Floyd, Negy took to Twitter to question the narrative about “systematic racism” against the black community.

“Black privilege is real: Besides [affirmative] action, special scholarships and other set asides, being shielded from legitimate criticism is a privilege.” He wrote in the June 3 post.

In another post he wrote, “Sincere question: If [African] Americans as a group, had the same behavioral profile as Asian Americans (on average, performing the best academically, having the highest income, committing the lowest crime, etc.), would we still be proclaiming ‘systematic racism’ exists?”

Provoked by the posts, angry students and activists staged protests on campus as well as in front of Negy’s house. A petition calling on UCF to fire him generated more than 34,000 supporting signatures.

“I tweeted some things that offended people and so the mob, the social [media] mob descended upon UCF demanding I be fired,” Negy told WKMG-TV.

On June 4, UCF issued a press release condemning Negy’s comments as “not only wrong, but particularly painful.” On June 5, UCF President Alexander Cartwright hosted a “Virtual Conversation about Race and Unity,” during which university officials told students demanding Negy’s termination that “the wheels are in motion” and promised that the professor would be “dealt with.”

The UCF’s Office of Institutional Equity ended up compiling a 244-page report (pdf) on Negy’s alleged misconduct dating back to as early as 2005. The university fired him in January 2021 for “unprofessional conduct” described in the report.

The report alleges that in 2014, Negy failed to appropriately respond when a student accused a teacher’s assistant of touching her inappropriately. It also alleges he “made inappropriate comments related to sexual assault” by telling students during class that “there were many false rape accusations that plagued college campuses.”

In another anecdote, the report claims that Negy gave a health clinic in Peru a $17 “bribe” to falsely provide him with a yellow fever vaccination certificate needed for a UCF study abroad program.

The Foundation for Individual Rights in Education (FIRE), an advocacy group focusing on campus free speech, reviewed the UCF report and said the effort seemed “desperate.”

“The entire process of preparing this report was motivated by complaints about Negy’s tweets,” wrote FIRE’s Adam Goldstein. “Nobody interviews 300 people over seven months about incidents covering 15 years unless they’re desperate to find something, anything, to use against their target.”