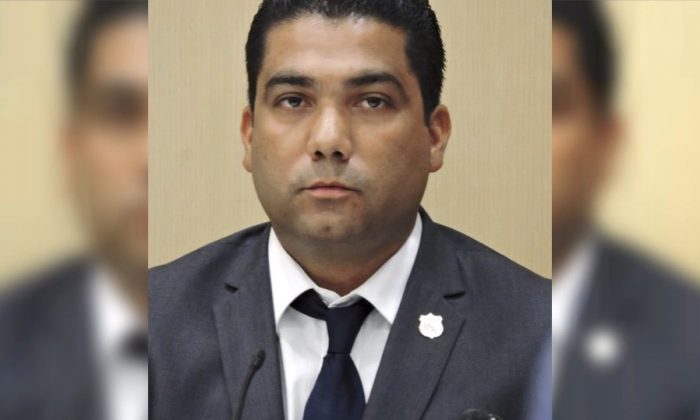 Judges at Florida’s Supreme Court have ruled that police officers can invoke the state’s “stand your ground” self-defense law to shield them from criminal prosecution in certain instances of deadly force.

Justices at the state’s highest court ruled unanimously on Thursday, Dec. 13, that law enforcement officers are entitled to immunity from prosecution under the “stand your ground” law, which permits deadly force when a person has a legitimate fear of “imminent death or great bodily harm.”

Florida prosecutors had earlier argued that the “stand your ground” law didn’t apply to law enforcement officers because they are already protected when using justifiable force during a lawful arrest.

The court issued the decision, with seven judges for and none against, in the case of Peter Peraza, a Broward County sheriff’s deputy charged with manslaughter in the 2013 fatal shooting of a man carrying what turned out to be an air rifle.

Jermaine McBean, a 33-year-old information technology worker, was walking home while wearing earbuds and carrying an uncovered air rifle, according to the background statement in the Supreme Court ruling.

“A concerned citizen called the police to report that McBean appeared distraught and was acting in an aggressive manner as he walked with a weapon, reported as a firearm,” Justice Alan Lawson wrote for the court.

Broward Sheriff’s Deputy Peter Peraza and another officer responded to the call, and “walking closely behind him, issued loud and repeated commands for McBean to stop.”

But the deputies’ commands were ignored. It was later speculated that McBean failed to heed the officers’ calls because he did not hear them over the headphones.

“He then brought the rifle over his head, turned toward the deputies and pointed the weapon directly at them,” Lawson wrote. “When Deputy Peraza perceived that McBean was aiming the weapon at him, Peraza fired his gun three times and shot McBean twice, killing him.”

Peraza was indicted on charges of manslaughter with a firearm.

Lawyers acting on Peraza’s behalf claimed he was forced to kill the 33-year-old in self-defense and cited Florida’s “stand your ground” law, which was a novel and largely unheard of use of the statute.

“It’s a groundbreaking ruling,” said Peraza’s attorney Eric Schwartzreich, according to The Associated Press. “Every law enforcement officer in the state of Florida can go to work and do their job and not worry about being second-guessed.”

But David Schoen, an attorney for the McBean family, called the decision a “slap in the face.”

The Broward State Attorney’s Office, the agency that prosecuted Peraza, issued a statement on Dec. 13, saying the office was disappointed in the Supreme Court ruling.

“The Broward State Attorney’s Office has been opposed to the Stand Your Ground law since it was enacted,” spokeswoman Paula McMahon said, according to the Miami Times. “While there was testimony from Deputy Peraza that he was in fear for his life, there was also witness testimony, as the Florida Supreme Court noted in its opinion, that ‘McBean did not point the weapon at the deputies.’ A grand jury heard the evidence, found that it was not a justified shooting, and chose to indict Deputy Peraza on a manslaughter charge. Stand Your Ground is a bad law, and it doesn’t allow a trial jury to hear the evidence and make a decision.”

Florida was the first state to introduce the “stand your ground” law, which essentially lets anyone who justifiably fears for their life shoot to kill in self-defense.

But application of the law has not been free from controversy.

The Epoch Times reported on the case of Florida man Michael Drejka, who was charged with manslaughter after shooting and killing a fellow shopper following an argument over a parking space at a convenience store.

Police had initially not charged Drejka over the July 19, 2018, shooting due to the “stand your ground” law.

The case was sent to the state attorney’s office for further review.

Surveillance video of the event went viral online, sparking criticism of the “stand your ground” law on social media.

Footage showed 28-year-old Markeis McGlockton shove Drejka to the ground. Drejka pulled out his gun while still down and paused before shooting McGlockton, although it looked as if McGlockton was backing away when Drejka shot him in the chest.

Civil rights advocates and public health experts have also been critical of the law.

A study in the Journal of the American Medical Association tied the law to a “sharp, sustained” increase in homicides across the state.

David Humphreys, a professor of social policy at the University of Oxford and a co-author of the paper, told Time he looked for other reasons to explain Florida’s uptick in murder rates.

“This doesn’t rule out the possibility that there might have been something else that happened that we don’t know about,” Humphreys said. “But the magnitude of the effect led us to believe that the only thing that could plausibly lead to that effect is ‘Stand Your Ground.'”

Humphreys’s research is supported by a similar study from 2013, which found an 8 percent average increase in homicides in states that have passed “stand your ground” laws.

Mark Hoekstra, a professor of economics at Texas A&M University and author of the 2013 study, explained the possible causal link by suggesting that people may be more likely to engage in potentially violent, confrontational behavior.

“These laws are reducing the expected penalties associated with using lethal force in self-defense,” Hoekstra said. “In the aggregate, the data suggests more people are getting killed as a result of these laws.”