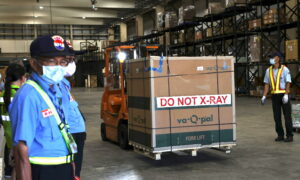 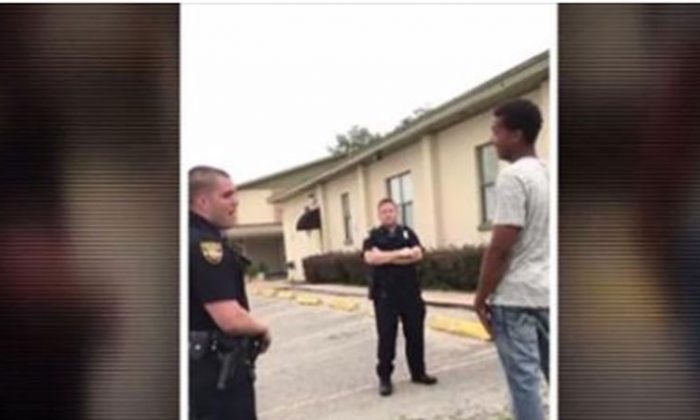 A man was cited for crossing the street without identification in Jacksonville, Florida, in a now-viral video that was posted on Facebook.

Jacksonville Sheriff’s spokeswoman Melisssa Bujeda told The Associated Press the office is “aware of this video and an administrative review is being conducted.”

Jacksonville Sheriff’s Officer J.S. Bolen told 21-year-old Devonte Shipman that he could be taken to jail for “disobeying a direct order” after he stopped him for jaywalking. Shipman recorded the incident before posting on Facebook, where it was seen hundreds of thousands of times.

Shipman recorded the incident before posting on Facebook, where it was seen hundreds of thousands of times.

The officer then threatens to arrest him.

Here’s a transcript of the encounter, according to CBS Miami:

OFFICER BOLEN: “I’m about to put you in jail.”

OFFICER BOLEN: “Walk to my car.”

OFFICER BOLEN: “Listen to me. I am doing you a favor. I am not telling you again.”

Shipman then says he never saw the crosswalk light indicate that he could go.

“There was two cars that were coming through the intersection that had to slow down. They had the right of way, not you,” said Bolen in the video.

Later, he tells Shipman that he needs an ID, citing a non-existent state law.

“In the state of Florida, you have to have an ID card on you identifying who you are,” said Bolen during the encounter.

However, according to Florida state law, only drivers need to have ID—not pedestrians, CBS Miami reported.

“You’re already videoing it. We can see the officer’s attitude. Take it to court. Show the judge. The right thing will happen in court,” said lawyer Michael Gottlieb.