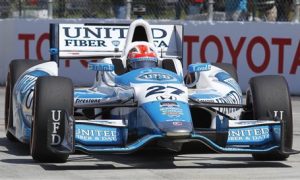 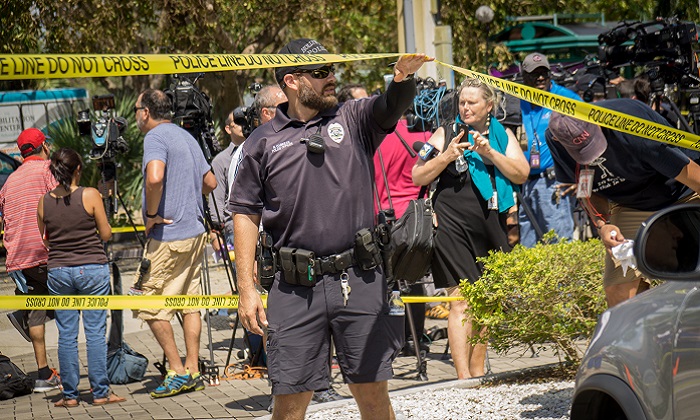 A police officer outside a perimeter surrounding The Rehabilitation Center at Hollywood Hills on Sept. 13, 2017. In total, 14 people from the nursing home died following Hurricane Irma. (Angel Valentin/Getty Images)
US

The deaths of 12 elderly people who perished in September due to heat exposure in a nursing home in Florida after the state was hit by Hurricane Irma has been ruled as homicide.

“The medical examiner’s office ruled the manner of death of 12 patients from The Rehabilitation Center at Hollywood Hills as homicide with the cause of death attributed to environmental heat exposure,” read a media release put out by the Hollywood Police Department.

Police said it is possible that somebody may be charged over the deaths that occurred following the nursing home losing power on Sept. 10 after Hurricane Irma pummeled the state, reported the Sun Sentinel.

“Who gets charged is part of the continuing investigation,” said police spokesperson Miranda Grossman reported the south Florida daily newspaper. “We don’t have a timeline of when there would be charges at this point.”

The sweltering nursing home was evacuated Sept. 13 after which eight elderly residents died in quick succession due to heat exposure when central air conditioning was lost on Sept. 10.

A further six people from the nursing home died in the weeks to come.

Two of those who died—Alice Thomas, 94, and Francisca Antonia Castro Andrade, 95— are no longer included in ongoing criminal investigations.Their deaths were found to be unrelated to the air conditioning going down, the police said.

Among the 12 others who died, 99-year-old Albertina Vega was the oldest while Dolores Biamonte was the youngest–aged 57.

Erika Navarro told the Sun Sentinel that two of the 12 who perished were her grandparents, Cecilia Franco, 90, and Miguel Antonio Franco, 92.

Navarro said that the medical examiner’s decision that they died from heat exposure settles what she already suspected.

Navarro, who lives in California, said her Thanksgiving will be spent in Florida where she will quietly commemorate the loss of her grandparents. She won’t return to her home state until after Christmas.

“I’m going to stay here and have that time to really acknowledge the occasion, which is being thankful for the time that they spent with me, for having them, and just remembering all of that,” she said.

3 weeks after Hurricane #Irma, cops have taken down the crime scene tape at the Rehabilitation Center at Hollywood Hills. 12 residents died. pic.twitter.com/slWXahhs8R

The for-profit Rehabilitation Center at Hollywood Hills is no longer operating and state regulators are seeking to rescind its license. The nursing home is disputing the closure and its attorney, Geoffrey D. Smith, said that its employees followed proper procedures following the loss of power, reported NBC.

“We believe that there were multiple system failures that need to be considered and investigated before casting blame on persons who risked their own well-being to care for others during this natural disaster,” Smith wrote in a letter released Nov. 20.