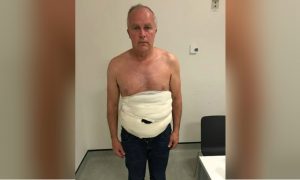 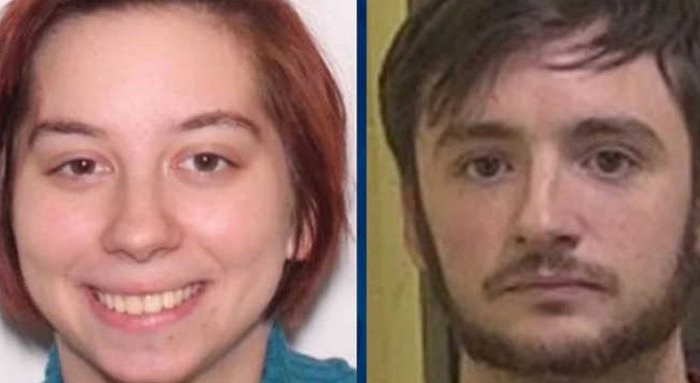 Officials in Florida on Jan. 8 announced that the body of a missing woman, whose family and three dogs were allegedly killed by her husband, were found at a home near Tampa. (Pasco Sherrif's Office)
US News

Officials in Florida on Jan. 8, announced that the body of a missing woman, whose family and three dogs were allegedly killed by her husband, was found at a home near Tampa.

Police allege the woman, 21-year-old Jamie Nicole Ivancic, was killed by her husband, 25-year-old Shelby Nealy, who is reportedly also known as Shelby Svensen. The bodies of her parents, Richard Louis Ivancic, 71, and Laura Ann Ivancic, 59, her brother, Nicholas James Ivancic, 25, and three family dogs were discovered dead in Tarpon Springs, according to the Tampa Bay Times.

BREAKING: A body found in the yard of a Port Richey home is a missing woman whose parents and brother were murdered at their home in Tarpon Springs, family members say.

Nealy allegedly killed Jamie Ivancic about a year ago, and police believe he killed her family on Dec. 19 or Dec. 20 of last year, according to the report.

The suspect was taken into custody several states away in Ohio and was spotted driving Laura Ivancic’s vehicle.

The couple’s two children, ages 2 and 3, were with the suspect when he was arrested. They are now in the custody of the state Department of Children and Families.

The Tampa Bay Times reported that Jamie’s sister, Karma Stewart, spoke to her in January 2018 via a Facetime call. Since then, no friends or family members spoke to her.

Relatives told our @mack_oxenden this morning that a body found buried at a Pasco home is Jamie Ivancic, whose brother and parents were slain in their Tarpon Springs home. McKenna also spoke at length with the family for this story published yesterday.https://t.co/dIW0vxJyBj

Stewart said relatives got sporadic texts after the Facetime call, and she thinks those communications were done by Nealy. The texts reportedly included photos of the couple’s children, the Times reported.

“I feel betrayed and that I was played,” Stewart told the newspaper. “I didn’t expect the worst when I probably should have.”

Police now think that Nealy killed her and was pretending to be her and posed as her when he sent text messages to the victim’s family. Detectives made the stark revelation at a news conference on Jan. 8.

According to ABC Action News, she may have been dead for as long as a year. Investigators said Nealy left their Port Richey home with their two kids last year, and he hasn’t been back since.

The Pasco County Sheriff's Office holds a press conference about the body found in the yard of a Port Richey home on Sunday. Relatives say the body is that of Jamie Ivancic, 21, who lived at the Port Richey home with her husband Shelby Svensen, who is a suspect in the murder of Ivancic's three relatives. She may have been killed months earlier, relatives said.

The motive is not clear.

“The investigation indicates at this moment that she had conveyed to some family members about a year ago that she was planning on leaving [him],” Colonel Jeff Harrington, Chief Deputy at the Pasco County Sheriff’s Office, told ABC Action News.

BREAKING UPDATE | Authorities say the body may have been there for as long as a year.Why investigators say it may have gone unnoticed so long >> https://wfts.tv/2FijNHc

Pasco investigators said he confessed to killing his wife a year ago, and she was killed by “violent blunt force trauma,” said Harrington. He was “able to just trick” his in-laws from afar, reported the Times.

The family told the station that Laura Ivancic was trying to get ahold of Jamie for months.

“My sister, Laura, was very concerned about her daughter Jamie and she had contacted them a number of times and was never able to communicate with Jamie,” said James Zindroski, Jamie’s uncle. “If in fact Shelby is guilty of all this I just hope justice is served.”

Currently, Nealy is in custody in Ohio. Pasco County officials want to extradite him back to Florida and charge him with homicide.

Officials said that investigators are “backtracking” to determine how Svensen was able to convince everyone his wife was fine, reported The Associated Press.

“They vacated the residence, he and his kids, close to a year ago and he’s been in various places, in the area and elsewhere,” Harrington said.

#BREAKING: Authorities have recovered a body at a home related to a triple homicide in Tarpon Springs, the Pasco County Sheriff's Office announced Sunday. wfla.com/1688982278

Jamie had been listed on the National Center for Missing and Endangered website, and she was described as 5 foot, 5 inches, brown hair, and hazel eyes.