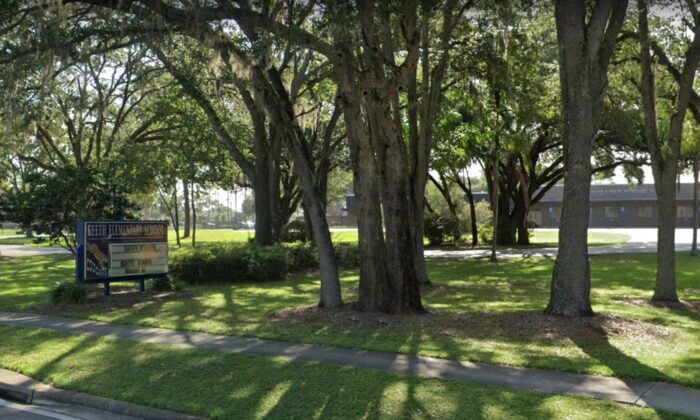 Florida Mother Killed by Lightning While Picking Up Son at School

A Florida mother has died after being struck by lightning while waiting to pick up her son from Keeth Elementary School in Winter Springs, according to local authorities.

Winter Springs police said they received calls at 2.20 p.m. about multiple people possibly being struck by lightning near Trotwood Park.

“It appears that lightning struck a nearby tree, energizing the area and striking the victims,” Winter Springs PD said in a statement.

Police confirmed the mother passed away from the injuries caused by the lightning strike. Her son was treated by medical professionals and is said to be fine. Police did not release the names of the victims.

According to police, and a local eyewitness, the mother initially responded to “immediate lifesaving aid” and was transported to a local area hospital. However, she ultimately died of the injuries.

The incident took place shortly after school was dismissed, according to Seminole County Public Schools.

“This afternoon one of our Seminole County Public Schools’ students from Keeth Elementary and a member of their family were involved in a weather-related event,” the school district said in a statement.

“Shortly after the scheduled start of dismissal, a rapidly developing storm resulted in the immediate suspension of dismissal procedures. Unfortunately, the Keeth Elementary Cougar and their parent were struck by lightning at/near Trotwood Park.

“Emergency responders transported both the student and parent for treatment. SCPS and Keeth Elementary School remain committed to the safety and security of all students and will continue to take safety precautions in the event of inclement weather.”

Joe White, a parent, said he was close by when it happened and “just wanted to help.”

“It sounds kind of cliché but you just wanted to help. People were down. Call 911. I already had my phone out,” White said, NBC affiliate WESH reported.

The school district said additional counselors will be made available to support students and staff.