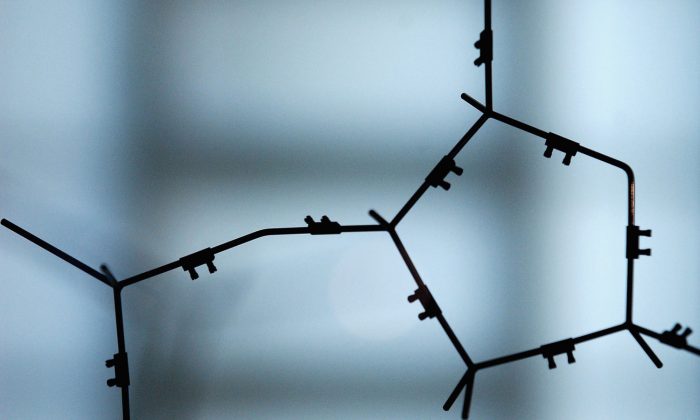 Deoxyribonucleic acid (DNA) strands from a double helix model on display at the Science Museum April 23, 2003 in London. (Photo by Paul Gilham/Getty Images)
US News

Florida Mom, 88, Has Emotional Reunion With Daughter She Thought Had Died in Childbirth

An 88-year-old woman had an emotional reunion with a daughter she gave birth to at age 18.  She had mistakenly believed that her only child died in childbirth 69 years ago.

Genevieve Purinton, 88, never had another child and all eight of her siblings are now dead.

She said that after she gave birth decades ago in Gary, Indiana, hospital staff told her that the baby died.

“I said I wanted to see the baby. They told me she died,” Purinton told Fox 13.

The staff lied because Purinton was an unwed mother, according to her daughter.

“Because she was an unwed mother, she was told that I had died. She continued with her life not knowing I was still alive,” Connie Moultroup told CNN. Moultroup, 69, was taken to an orphanage and adopted by a California couple.

On Dec. 3, her daughter Moultroup walked through the door of the assisted living center in Tampa where Purinton lives.

They reunited after Moultroup submitted an Ancestry DNA kit that led her to a phone call with a newly found cousin.

“I said, ‘Here’s my mother’s given name.’ She said, ‘That’s my aunt and she’s still alive,'” said Moultroup.

Purinton found out that her daughter is alive and that she has a granddaughter and great-grandchildren.

The pair hugged for a long time and cried. “You’re really not dead,” Purinton said. “I’m not dead,” her daughter replied.

Genevieve Purinton says she was told that her daughter died shortly after birth in 1949.

But it turned out that daughter, Connie Moultroup, was adopted and lived most of her life not knowing her biological mother.

This month, the pair reunited: https://t.co/pViDrA3g51

Bonnie Chase, Moultroup’s daughter, said that her mother would dream of reuniting with her birth mother. It didn’t help that after Moultroup’s adoptive mother died when she was five years old, her stepmother was abusive towards her.

“She would fantasize about her mother rescuing her since she was 5-years-old,” Chase, 50, told NBC. “It’s truly her life-long dream.”

“It was just a cool Christmas present and it has completely changed our lives,” Chase, an insurance agent based in Vermont, said.

“It took me a while to use it, but when I finally got the results I went from having only three known relatives (a daughter and two grandchildren), to 1,600 relatives. I was floored,” Moultroup told CNN. She plans to meet two newly found half-sisters from her father’s side of the family in January.

“We’re thrilled that Ancestry was able to play a part in helping to connect Genevieve Purinton with her daughter after 69 years,” Jasmin Jimenez, a spokeswoman for AncestryDNA, told NBC via email. “We wish her and her family the best, and that this is only the beginning of an enduring relationship.”

The popular genealogy company offers the DNA testing for around $80.

“From discovering their ethnicity to connecting with distant relatives, the largest DNA network in the world is helping more people find the singular story in their DNA. Yours is just as unique, revealing traces of your family history—who your ancestors were and where they came from,” the company states on its website.

Chase said there’s been lots of joy and tears.

“We’re criers,” she said. “We just cry a lot. There were a lot of tears and there’s been a lot of tears the entire time since then. It’s been really amazing.”