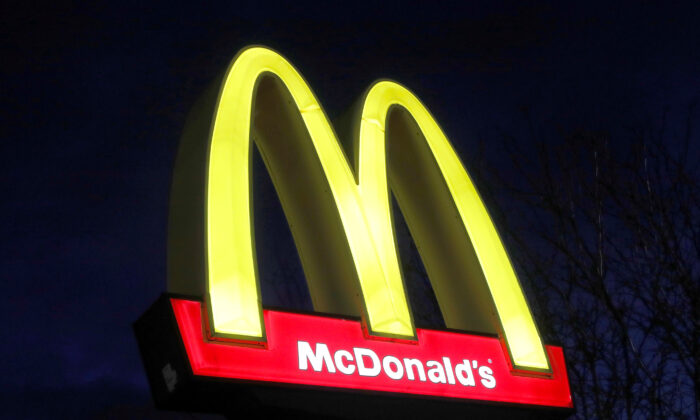 A sign is seen at a McDonald's restaurant in a file photo. (Andrew Kelly/Reuters)
By Jack Phillips

A McDonald’s franchise owner in Tampa, Florida, said he is paying people $50 just to show up for a job interview and is still struggling to find applicants.

Blake Casper, the franchisee who owns the McDonald’s location, told Business Insider that a general manager and supervisor created a plan for paying would-be employees to show up for the interview after telling them to “do whatever you need to do” to hire more workers.

“At this point, if we can’t keep our drive-thrus moving, then I’ll pay $50 for an interview,” said Casper, who owns 60 McDonald’s restaurants around Tampa.

Twitter users have uploaded photos of signs outside McDonald’s locations in the area advertising the move: “Get $50 for interview.”

Casper said that the enhanced federal unemployment benefits that were extended after Congress passed a sweeping pandemic relief bill may be contributing to the lack of people seeking jobs. Speculating further, he said that more businesses at the moment are looking to hire.

“It’s a perfect storm right now,” Casper said in the interview, published about a week ago.

“You’ve got a lot of people with a lot of money, and they’re out there shopping,” he added. “And then, on the flip side, we’re scrambling for help.”

Casper said that due to the labor shortage, he and other franchise operators are forced to raise wages for employees. He added that he’s considering allowing starting wages from $12 to $13, far above Florida’s minimum wage.

“The biggest challenge out there is the federal government and the state government are going to continue with this unemployment, because that is truly creating the incentive to not work right now,” Casper added, echoing concerns voiced by GOP lawmakers last year about prior pandemic bills. “And, how do you blame somebody? You can make more money on unemployment—and so, we’ve got to be at least above that.”

The National Federation of Independent Business group said that a survey found that 42 percent of small businesses have said they had job openings they couldn’t fill, also blaming the expanded unemployment benefits for the phenomenon.

“Owners continue to have difficulty finding qualified workers to fill jobs as they compete with increased unemployment benefits and the pandemic keeping some workers out of the labor force,” according to the survey. “A net 28 percent of owners reported raising compensation (up three points) and the highest level in the past 12 months.”