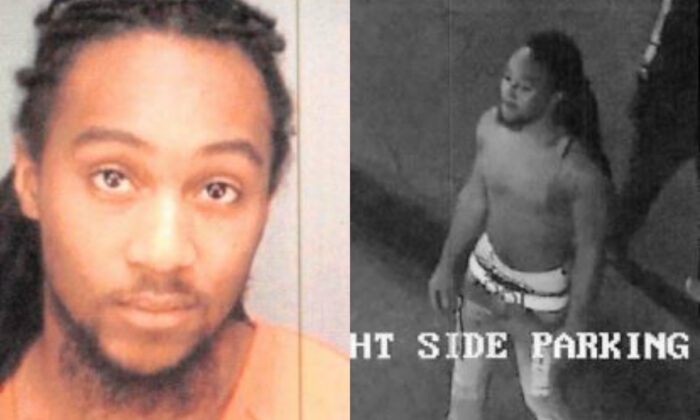 Terrance Hester Jr., left, in a mugshot. On right, Hester participates in looting in Tampa early May 31, 2020. (Pinellas County/FBI)
Crime and Incidents

A Florida man who torched a Champs Sports store in Tampa during the 2020 riots was sentenced to five years in prison on Wednesday.

Terrance Lee Hester Jr. was sentenced several months after pleading guilty to damaging or destroying by fire a building used in interstate commerce.

U.S. District Judge Thomas Barber, a Trump nominee, chose to give Hester the minimum mandatory sentence. Hester faced up to 20 years in prison.

A public defender representing Hester in the case did not respond to a request for comment.

According to fire investigators, the May 31, 2020, fire at the Champs store was caused or contributed to by a flaming piece of cloth hurled into a broken window of the establishment.

Investigators pored over video footage and determined the culprit was a black male with longer dreadlock-style hair. A subsequent investigation identified the man as Hester, who was arrested in July.

Relatives and friends confirmed the identity.

The fire was set after a protest “devolved into civil unrest, looting, and destruction of property,” federal authorities said.

“What I saw last night was not a call for voices to be heard, ideas to affect change, or ways to shine a light on inequality,” Tampa Mayor Jane Castor said in a statement at the time. “What I saw was shameful, what I saw was heartbreaking. And what I saw did not reflect our community and the values we share. We stand in solidarity with all of the peaceful protests happening in our city and around the country.”

Protests over the death of George Floyd in Minneapolis police custody on Memorial Day last year sparked protests and riots across the nation, as people agitated for changes to policing and other areas.

But numerous protests turned into riots.

The violence in Tampa on May 31 led to 41 arrests, police officials told reporters. The criminals damaged or looted 40 businesses, setting five on fire. They also inflicted damage to 27 police cars.