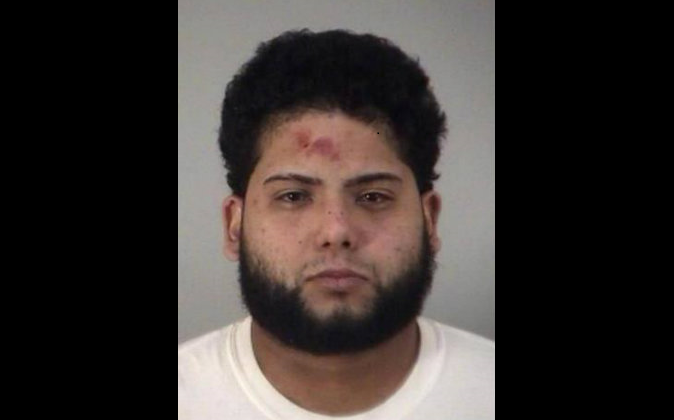 Florida Man ‘Urinates and Defecates’ in Cop Car, Says He Was Speeding to Use the Bathroom

When you’ve gotta go, who knows what unexpected place you might drop the bomb.

A Florida man was pulled over for speeding, and his reason was, he needed to get home to use the bathroom, according to authorities, reported the New York Daily News.

According to the Daily Commercial, a Lake County sheriff’s deputy pulled over 24-year-old Carlos Adonis Ramos-Erazo the morning of March 10 for going 75 mph in a 55 mph zone—20 miles over the speed limit.

He told the officer he’d been speeding to get home to relieve himself.

He told the officer he’d been speeding to get home to relieve himself, when asked to get out of the vehicle, Ramos-Erazo refused. As the officer reached into the car to unlock it, the suspect drove off, hitting the deputy’s arm with his vehicle as he sped away.

The officer followed the young man home, and as soon as he got out of the car and attempted to run inside, the deputy tasered him and took him into custody, according to the Daily News.

Since the suspect didn’t make it inside his home, he urinated and defecated once he got in the back of the patrol car on his way to jail.