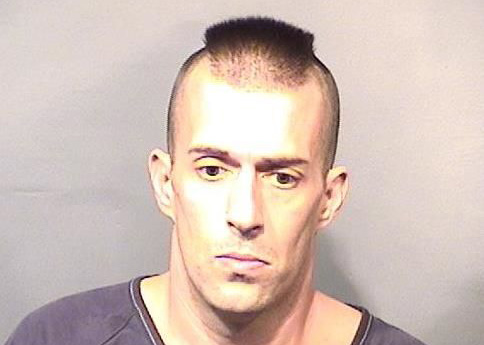 A Florida man who broke into and vandalized a mosque in January 2016 by smashing windows with a machete and leaving bacon at the scene has been sentenced to 15 years in prison.

Michael Scott Wolfe of Titusville, Florida, pleaded guilty to criminal mischief with a hate crime enhancement, according to a statement by the Brevard and Seminole County state attorney’s office on Dec. 5 and was sentenced as a habitual felony offender. In addition to his sentence, Wolfe will remain on probation for a further 15 years after he is released and will not be allowed to visit the Islamic Society of Central Florida Masjid Al-Munin Mosque in Titusville.

The 37-year-old was caught on CCTV smashing windows and lights with a machete. He also placed a slice of raw bacon at the front door, according to Independent. The consumption of pork or pork products is forbidden in Islam.

“The Florida Muslim Community is suffering an unprecedented number of hate crimes,” Wilfredo Ruiz, a spokesman for Florida’s Council on American-Islamic Relations, said in a statement on Dec. 6.

“Multiple mosques and Islamic institutions have been broken into, vandalized and even set on fire. Those who chose to desecrate them need to go to prison, away from the worshiping families,” he added.

Imam Muhammad Musri, who oversees a network of mosques in the area, said the intent of the sentencing was to send a message to those thinking of committing similar crimes.

“The intent is to really deter similar kinds of hate crime. After what we’ve seen in Texas at the church, this is needed,” he told Independent.

A plea deal was reached after consultation between police and representatives of the mosque, according to the statement.

“He entered a plea deal and pleaded guilty to vandalizing the mosque itself with hate crime enhancement, making it a felony,” said Todd Brown, a spokesman for the State Attorney’s Office told Fox News.