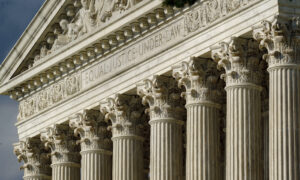 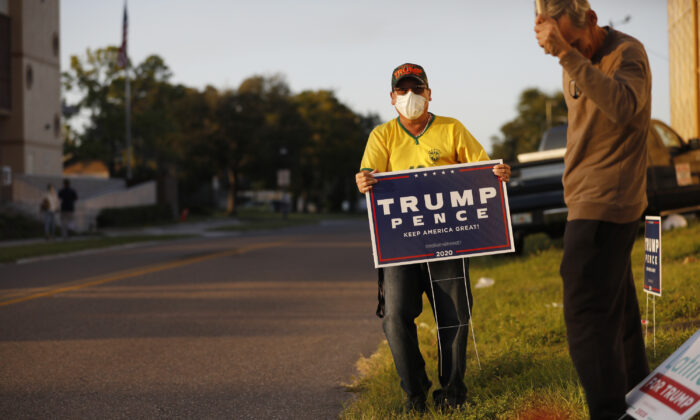 PUNTA GORDA, Fla.—It’s been said that you can’t legislate morality, but one small Southwest Florida city is trying to do so and, in the process, may have violated the First Amendment rights of residents and visitors alike.

Andrew Sheets, a resident of Punta Gorda, has racked up fines for displaying obscene speech on his person. The matter has caught the attention of The Rutherford Institute, a nonprofit civil liberties organization based in Virginia. The institute is defending Sheets’s right to political expression under the First Amendment.

In a recent Punta Gorda City Court appearance, where Sheets was contesting his fines, Rutherford Institute attorneys argued that the ordinance’s ban on indecent speech is unconstitutional and violates the First Amendment’s prohibition on content- and viewpoint-based regulation of speech by the government. The board refused to consider the constitutional arguments, found Sheets guilty, and upped his fine to $3,000.

Going into court, Sheets didn’t have much faith in the due process that Punta Gorda City Hall offered under the 14th Amendment of the U.S. Constitution.

“Sure, I can appeal these fines in the Punta Gorda kangaroo court,” he explained. “Kangaroo court consists of three rich white people who are not judges or have legal backgrounds.”

Constitutional attorney John Whitehead, president of The Rutherford Institute, weighed in on the value of the First Amendment.

“The right of political free speech is the basis of all liberty. No matter what their political persuasion might be, every American has a First Amendment right to protest government programs or policies with which they might disagree.

“Ultimately, the First Amendment assures every individual the right to speak truth to power using whatever nonviolent means are at their disposal.”

Sheets is convinced the ordinance is directed solely at him because he expresses his political opinion of President Joe Biden on a regular basis and is regularly seen about town wearing clothing or carrying a sign with expletive-laden political messages displayed on them.

As a result of his regular appearances throughout the city, Sheets has been banned from all government buildings, including the Charlotte County Jail for his “obscene” comments about the president. He has expressed his political feelings on his shirts, signs, and flags.

“When [former] President [Donald] Trump was in office, there were signs everywhere that stated the same thing about him,” Sheets said. “You didn’t see Trump supporters whining about it and running to change ordinances and stomp all over people’s First Amendment rights.”

Initially, Sheets had racked up about $700 worth of fines for violating the ordinance. He also said that some of the citations that he received were at rallies protesting the ordinance, at which there were 50 or more people in the same vicinity as him, and he was the only one fined for displaying the same or similar sentiments on signs and shirts. He said he feels as though he’s being targeted by the city council and the police department.

The new ordinance was originally written to amend sign standards for the city to address the number of real estate signs in the area. Strategically placed within this ordinance was an obscene language or graphics portion that went virtually unnoticed.

“Yeah, they buried it in the sign ordinance, because it’s [very] illegal,” Heekins said. “Much like the federal government does when they want to fund their pet projects: they bury them in congressional bills.”

The ordinance reads: “Any sign which contains obscene language or graphics; and any sign containing fighting words or indecent speech which is legible from any public right-of-way or within any public space, and which can potentially be viewed by children under the age of 17. This provision includes signs or flags in or on any vehicle, vessel, or on any apparel and accouterments.”

Another Charlotte County resident, Hilary Caskey, received a warning from police while at Gilcrest Park with her young son.

“I was minding my own business when I was approached by two Punta Gorda officers who said they were acting on a complaint about my shirt from someone in the park,” she said. “My shirt wasn’t political in nature, but other people who had seen my shirt thought it was funny.”

Her shirt read: “Apparently, I have an attitude, who [expletive] knew.” She said that she had purchased the shirt as a joke and, until she received a warning, other people looked at it as a joke as well.

Caskey said that her grandmother fled Czechoslovakia from Hitler during World War II to the freedom of the United States.

“This is authoritarian overreach,” she said. “I’m not an overly political person, but when it comes to taking away my rights, I will do everything in my power to see that it’s stopped. I owe it to my grandmother who came to this country for these freedoms.”

City leaders of Punta Gorda were tight-lipped about the ordinance or the fact that the city could potentially be sued over it.

“The City of Punta Gorda does not comment on legal matters,” Melissa Reichert, assistant city manager, told The Epoch Times in an emailed statement.

Lt. Dylan Renz of the Punta Gorda Police Department declined to comment on how many citations have been issued in relation to the ordinance so far.