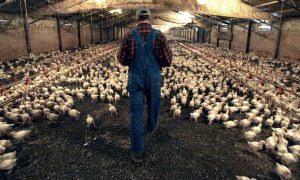 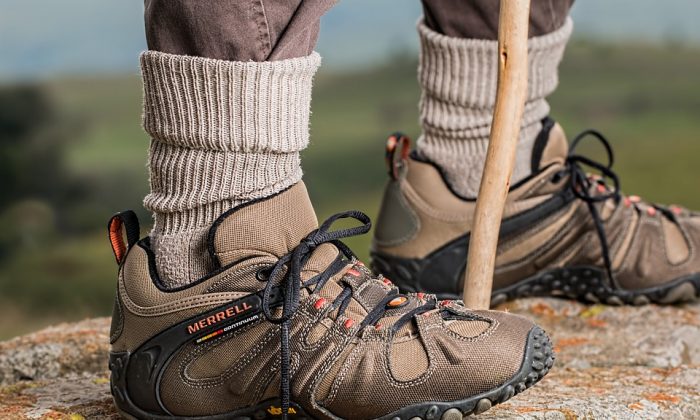 Hiking books with walking stick.
US

A man from South Florida gained a “new appreciation of life” after barely surviving a flesh-eating bacterial infection contracted through a blister while he was hiking in New Hampshire.

Wayne Atkins, 32, told WSVN  on Thursday, July 20, that the nightmarish episode started on June 4 when he was visiting New Hampshire to celebrate a family wedding.

He went hiking later that day, where he developed a few blisters, and then left to go back home to Miami.

“I get blisters all the time, so I didn’t think anything of it,” recalled Wayne.

Back home, Wayne started to feel sick. Unsure why he was feeling so bad, he decided to go see a doctor.

After arriving at the hospital, a routine checkup suddenly turned into a medical emergency, as doctors discovered that all of Wayne’s internal organs were being attacked by a flesh-eating bacterial infection.

“Pretty much every organ in his body was not functioning,” said Dr. Jonathan Auerbach, from the University of Miami Hospital.

Doctors soon had Wayne on antibiotics, and performed lifesaving surgery while he was in a coma.

Karen Atkins, Wayne’s mother, was soon by his side.

“To have somebody say, ‘Get here immediately,’ is a call you don’t want to get,” said Karen Atkins, who has been at her son’s bedside at the hospital since mid-June.

The experience was especially tense for Karen, who tragically lost her husband to skin cancer at the early age of 33.

“In a weird way you think, ‘I’ve already paid my dues,’ you know, 26 years ago when his dad passed,” she said. “I knew that life is precious, you know, my family is my life.”

Fortunately, doctors were able to stop the flesh-eating infection in time to save Wayne’s life, sparing the family another loss.

According to the CDC’s website, necrotizing fasciitis, commonly called the flesh-eating infection, is “a serious bacterial infection that spreads quickly and kills the body’s soft tissue.” Symptoms of necrotizing fasciitis include fever, chills, and vomiting. Since it can spread rapidly, it’s important to seek medical attention quickly.

This kind of infection is exceedingly rare, with only several thousand cases recorded in the United States every year. For someone Wayne’s age, it’s even rarer.

Doctors believe that the infection entered through the blisters on Wayne’s feet and spread from there.

“So the bacteria tracks up the body, digesting the body as it goes,” explained Auerbach. “If this is not treated appropriately, the mortality rate, the chance of dying, is 100 percent.”

As for Wayne, he’s just grateful to still be here today, “I definitely have a new appreciation of life after going through this experience, ’cause its scary to know that I was so close to death.”

Infections can usually be avoided using simple preventative measures and good wound care. Keeping the wound area clean and wrapping any exposed areas in clean, dry bandages can go a long way to keeping the doctor away.