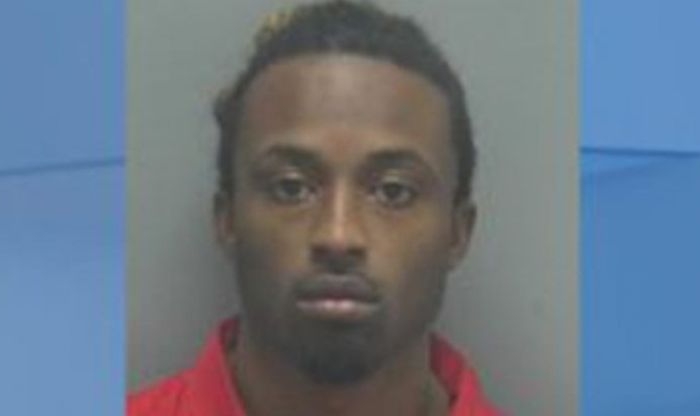 A Florida man is accused of child neglect after allegedly leaving two young children in a car while he was inside a strip club.

Fort Meyers Police said that Willie Jordan Jr. was arrested at Scarlett’s Cabaret after two young kids, a 3-year-old and a 3-month-old, were spotted in the backseat of his car in the parking lot, NBC2 reported.

Jordan told cops that he was inside for only a few minutes.

However, the general manager of Scarlett’s, Christopher Mays, said that he was in the club for at least a half hour.

When a security guard and a good Samaritan found the kids, the infant was upside-down in the car seat and the toddler was not strapped in. They were able to get the toddler to open the vehicle from the inside so they could rescue the crying infant.

“[There was] a 3-month-old boy who’s not strapped in the car seat, upside down, [his] head is where it’s butt should be, feet up in the air,” Mays told WINK News. “God only knows how much longer an upside down infant has in a car seat.”

Someone called the police, which came to investigate and ended up arresting Jackson.

“It’s devastating. it’s devastating that people can do that to children. It really opens your eyes to what goes on in this world, how nasty things can be,” Mays said.

According to Florida state law, children under 6 years old can be left in the car unattended for up to 15 minutes, Fox reported.

Lance Dunford, a criminal defense attorney in Fort Meyers, told Wink News said that Florida is one of only 19 states that he could find that has a law about leaving children unattended in a vehicle.

Fort Myers Police Department officers arrested him Nov. 9, and released him the next day on a $10,000 bond, Local10 reported.

Mays, who is a father, told NBC2 that it’s the first time at the club that someone left young children in a car.

The Florida Department of Children and Families is conducting a follow-up investigation into Jordan and the children.