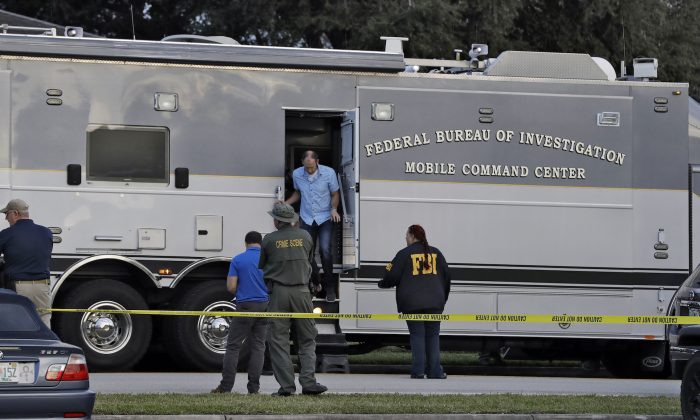 Florida Is About to Ban Sanctuary Cities; at Least 11 Other States Have Too

Florida is about to ban sanctuary cities. And it’s not alone.

At least 11 other states have taken similar steps.

Republican Gov. Ron DeSantis made the ban a campaign promise, and he’s signaled his support for the bill, though his office hasn’t said yet whether—or when—he’s signing it.

It’s the latest move by a state to take immigration matters into its own hands, particularly around a controversial question that’s become a political lightning rod: Can local governments limit their cooperation with the feds when it comes to immigration enforcement?

Meanwhile, more than 30 bills related to sanctuary policies—both for and against them—are pending across the country, according to the National Conference of State Legislatures.

State lawmakers behind such measures—many of which are being passed in states that don’t have sanctuary cities to begin with—say their aim is to stop local governments from enacting sanctuary policies, and punish any that do. But battles over how much authority they have to do that could end up in court.

Here’s a look at other states that have passed measures banning sanctuary cities, and states that are weighing whether to follow suit:

The state’s controversial 2011 law aimed at cracking down on illegal immigration, HB 56, also included a ban on sanctuary cities.

The U.S. Supreme Court struck down most of SB 1070, the Arizona bill that sought to give local authorities more power to enforce federal immigration laws. But it kept in place the section that requires local police to check someone’s immigration status while enforcing other laws if they believe someone might be in the country illegally.

This state’s lawmakers approved a measure banning sanctuary cities last month. As the bill, SB411, made its way through the state legislature, Gov. Asa Hutchinson—a former Department of Homeland Security official—had initially expressed concerns that a provision allowing law enforcement officers to stop people and question them about their immigration status would encourage racial profiling.

But after the measure passed, according to the Arkansas Democrat-Gazette, Hutchinson told reporters he’d decided to sign it because the lawmaker sponsoring the bill had promised to amend that provision in a future vote.

The state also passed a measure in 2006 requiring local governments to submit an annual certification that they don’t have sanctuary policies in order to receive government funds. And in 2017 the state’s governor signed a bill that bans sanctuary policies at private colleges.

There aren’t currently any sanctuary cities in Mississippi, but that didn’t stop state lawmakers from approving a ban on them in 2017.

The measure blocks counties, cities and colleges “from creating, planning, implementing, assisting, participating in, or enabling a sanctuary policy.”

Lawmakers in Missouri passed a state immigration law in 2008 that cut off grant funding to sanctuary cities.

Among its authors: immigration hardliner Kris Kobach, who was a law professor at the University of Missouri, Kansas City at the time.

Lawmakers in this Southern state passed a ban on sanctuary cities well before Trump took office. Then-Gov. Pat McCrory signed the measure back in 2015.

The state’s House of Representatives approved a bill in April that would allow residents to file suit if they feel their local government isn’t complying with immigration laws, according to the Winston-Salem Journal. But the measure hasn’t yet cleared the state Senate.

Courts struck down most of South Carolina’s 2011 immigration law. But some of it remains on the books, including a part that says no local entity can restrict the enforcement of federal immigration laws, according to a report from the Institute for Southern Studies.

As the Post and Courier newspaper reported in March, “it took nearly 600 documents, hundreds of signatures from local officials and hours of work by law enforcement personnel to tell South Carolina’s leaders what they admittedly knew: the state doesn’t have any so-called sanctuary cities.”

The state passed a ban on sanctuary cities in 2009. Lawmakers doubled down with another such measure in 2018.

House Bill 2315 says local governments that adopt or enact a sanctuary policy won’t be eligible for state grants until they rescind or repeal the measure.

Gov. Greg Abbott signed a bill banning sanctuary cities in his state in 2017.

The measure, known as SB4, was blocked by a lower court just before it went into effect, but an appeals court ruled in 2018 that most of the law can remain in effect while the court case challenging it plays out.

That decision applied to all but one provision of the measure, which would punish local officials for “endorsing” policies that limit enforcement of immigration laws.

Other States Where Sanctuary-Related Bills Are Pending

In addition to the states detailed above, according to the National Conference of State Legislatures, as of April 2019 at least 21 state legislatures were weighing measures against sanctuary policies: