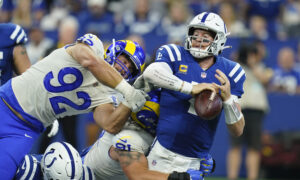 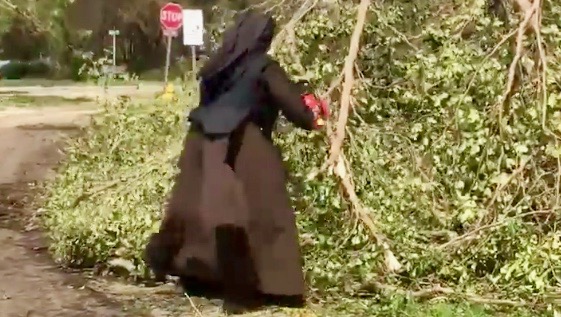 The chain-saw-wielding nun who became an internet sensation when police posted videos of her cutting trees after Hurricane Irma passed through, talked about how she learned the skill of chain saw operation.

“I actually had to Google it to find out how to start it because I’d forgotten how to start it,” Sister Margaret Ann said to AP. “The students have told me everything is online, sister; just ask the question online.”

She is also getting help from people who have seen her video on the internet.

“Some people have sent me videos about how to use a chain saw, because apparently I wasn’t using it correctly or as safe as I should have been. I’m learning too,” said Sister Margaret Ann.

The video was taken by an off-duty police officer who spotted her in hurricane-hit Miami-Dade County, Florida. The officer suggested she wait for the police to arrive and help with the cleanup, but she felt no need to wait, CBS News reported.

She is the principal of Archbishop Coleman F. Carroll High School. She has become a celebrity among students at the school as the video’s popularity has caused it to reach across the world.

“I understand that the video has really gone worldwide, so that’s kind of funny,” said the nun in the AP interview. “The students are excited too, because they say, ‘Sister you’re famous. Can I have your autograph.’ So that’s kind of fun to have that joy among the children as well.”

Sister Margaret Ann thinks people have misperceptions about nuns. She stressed how nuns are active in their community, and highly capable.

“We’re not sitting back praying and just trying to ask other people or begging for money or anything like that, we’re out here working elbow to elbow with our people,” she said. “We’re not going to sit back and let someone else do work that we have the ability to do.”

The chain saws sat unused in a closet at the school. Sister Margaret Ann decided to put them to use and thereby became a star. Some were worried the chain saw might get caught in her loose-hanging nun’s habit. Others in the community have given their thanks for her proactiveness.