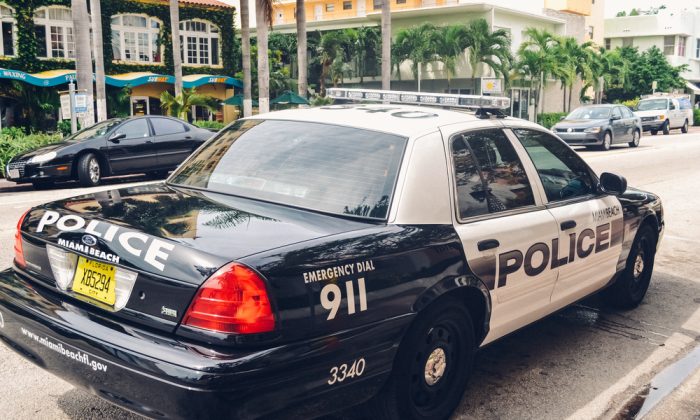 CLEARWATER, Fla.—Investigators say a would-be burglar died after a homeowner repeatedly hit him with a machete and police shocked him with a stun gun.

The newspaper quotes Pinellas County Sheriff Bob Gualtieri as saying Alcalde was acting paranoid, and crouched in the corner before throwing things off shelves. Steven Aiosa grabbed a .22-caliber rifle and walked with his wife outside to load it. The gun malfunctioned and he went back inside to get the machete.

The report says Alcalde went outside and tackled Heather Aiosa, and that’s when her husband struck the man with the machete. Arriving deputies fired a stun gun at him six times. Alcalde was declared dead at the hospital.