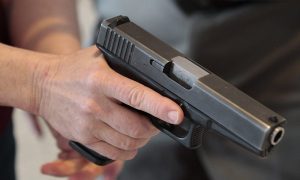 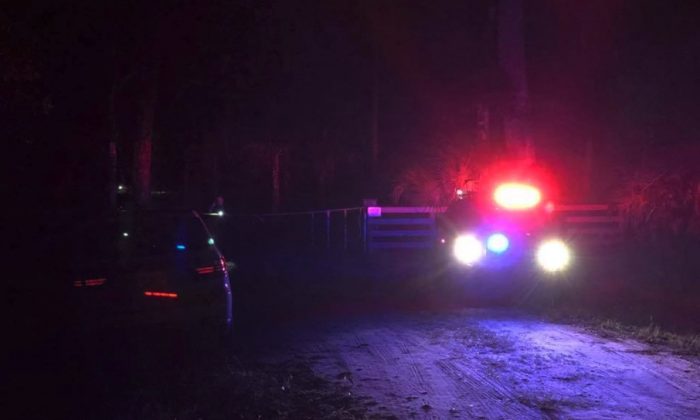 Sheriff's deputies at the scene of a crime in Summerfield, Fla., on July 10, 2019. (Marion County Sheriff’s Office)
Crime and Incidents

A Florida homeowner used an AR-15 to shoot and kill two alleged home intruders, one of whom was wearing a “Friday the 13th” horror movie mask.

The Ocala Star Banner reported that a total of four suspects allegedly targeted the homeowner’s Marion County residence on Wednesday, July 10, initially seeking to gain entry by pretending to have car trouble and asking for help. The homeowner, identified by WCJB only as a war veteran, said he was unable to help and closed the door.

Some time later, the suspects allegedly broke into the home and immediately exchanged fire with the homeowner, who had armed himself with an AR-15 rifle. The gunfight left two suspects dead and the homeowner suffering from gunshot wounds.

Deputies cited by Click Orlando said that when investigators arrived on the scene, one of the alleged intruders, identified as 21-year-old Keith Jackson Jr., was dead. He was reportedly wearing a Jason Voorhees mask from the movie “Friday the 13th” and had a semiautomatic pistol with the slide locked back, suggesting a fully spent magazine. The second deceased suspect was identified by WCJB as 22-year-old Nigel Doyle.

Hamilton and Rodriguez informed detectives that all four suspects went to the victim’s home with the intention of robbing him of marijuana and guns, WCJB reported. They were being held at the Marion County Jail without bond.

‘Important to Be Vigilant’

“Detectives were informed that they believe one of the suspects showed up earlier that evening and was knocking on the door and he had left and the homeowner had gone to sleep and the four individuals showed up after,” said Valerie Strong, a Public Information Officer with the Marion County Sheriff’s Office, according to WCJB.

She said the investigation revealed that the homeowner believed he recognized one of the suspects from a past Craigslist transaction.

“When you do anything online, it’s very important to be vigilant on the people you are doing transactions with and we recommend doing it in a public space to make sure no one knows where your home is,” Strong added.

A neighbor of the homeowner was cited by WCJB as saying that he had seen the intruders scoping the place out earlier and believed “this was not just a random act on their part.”

A 70-year-old woman shot a man who tried to rob her house, sheriff’s deputies in West Virginia said.

The woman, who was not identified, resides in a house on Seneca Trail near Hillsboro.

Deputies with the Pocahontas County Sheriff’s Office were called to the home around 3:10 a.m. on Feb. 4. When they arrived, they found Jesse Blake, 34, lying in the yard, reported WVNS. Blake allegedly tried breaking two windows to get into the house but was stopped by the woman when she fired a .22 magnum rifle.

Blake was shot at least once. He was rushed to a hospital in Roanoke for treatment.

The 70-year-old woman was not publicly identified.

While acknowledging different perspectives on gun control, he argues fundamentally that policies undercutting the right to bear arms are best construed as a human right violation.