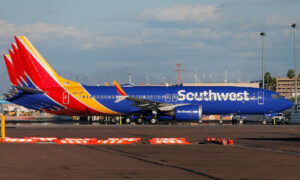 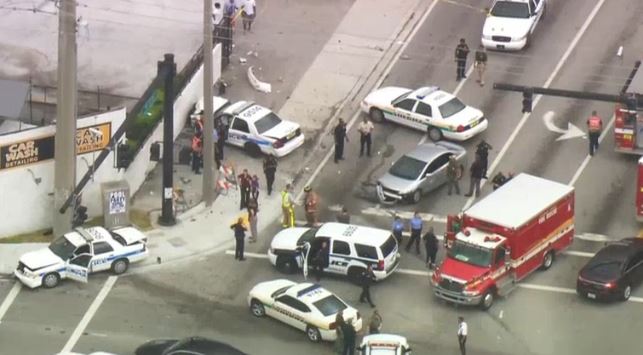 A high speed chase began in Florida’s Collier County on Tuesday after a home invasion ended with three suspects being taken into custody.

The black car they were in was speeding across highways and roads across the county but was eventually caught by police.

Broward Sheriff’s Office deputies called off the chase temporarily but started chasing the suspects again and caught them.

The chase ended in a bit of a wreck and at least one police car was damaged.

See a live stream of the situation here