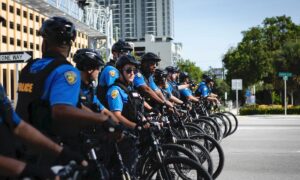 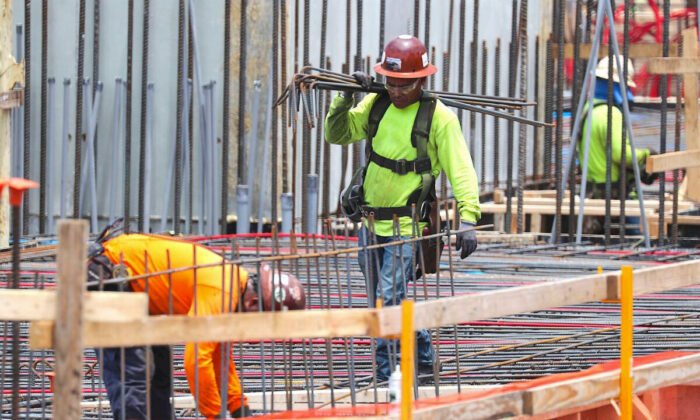 Florida Has Recovered Over 960,000 of 1.3 Million Jobs Lost in Pandemic

Florida has recovered more than 960,000 of the around 1.3 million jobs that were lost at the height of the COVID-19 outbreak, according to state officials.

The Florida Department of Economic Opportunity (DEO) said in a recent statement that the state has recovered 964,400 jobs of those lost when the pandemic struck last spring, which threw the economy into a tailspin and led to a sharp rise in unemployment.

“We still have a few to go to get back to the pre-COVID peak of more than 9 million non-farm jobs” in Florida, Parrish said in a video presentation that’s part of the August edition of the chamber’s monthly overview of the latest jobs figures and other economic data.

Around two-thirds of the jobs that have yet to be recovered in Florida are in the leisure and hospitality industry, with Parrish saying that the pace of job recovery in that sector is accelerating.

July marked Florida’s 15th consecutive month of job growth, with the DEO announcing that the state gained 63,900 private-sector jobs over the month. That’s the largest monthly increase in private sector jobs since June 2020, when the economy saw a sharp rebound from pandemic lows.

For 12 consecutive months, Florida’s unemployment rate—at 5.1 percent in July—has remained below the national rate, which last month stood at 5.4 percent, according to the Labor Department.

“Florida’s unemployment rate continues to remain below the national average, and more people continue to return to the workforce, showing that Florida remains a leader in economic recovery from the COVID-19 pandemic,” Dane Eagle, DEO secretary, said in a statement.

Labor force participation in Florida grew by 83,000 over the month of July, the highest monthly gain since July 2020, bringing the state’s total to nearly 10.5 million, according to DEO.

Consumer sentiment is also on the rise in Florida, which could translate to more spending going forward. The state’s consumer sentiment index (pdf) came in at a reading of 84.1 in July, up 2.2 percentage points from the prior month and the highest reading this year.

Consumer spending is a key driver of the U.S. economy, accounting for more than two-thirds of gross domestic product.

“The increase in consumer confidence is fueled by improvements in Floridians’ expectations about the outlook of U.S. economic conditions in the short- and long-run,” Sandoval said. “Such expectations anticipate further continued spending and improved economic prospects for Florida.”

Clouding that outlook, however, is difficulty finding qualified workers for available jobs, which Florida businesses have been reporting. That’s reflected in the mismatch between the number of job openings and the number of unemployed.

Parrish said in his presentation that there are currently 545,200 available jobs in the state, while about 530,000 people are looking for work.

“Simply not enough Floridians with the proper skills to fill in the gaps,” Parrish said.

In a bid to encourage more people to take jobs and ease business hiring woes, Florida Gov. Ron DeSantis—along with Republican governors in some two dozen states—opted for an early end to the $300 federal pandemic unemployment supplement that he blamed for sidelining workers.

In a related move, DeSantis’s administration in June reinstated a rule requiring unemployed people to apply for a minimum of five jobs a week in order to remain eligible to collect benefits.