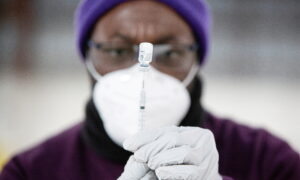 Fully Vaccinated People Do Not Have to Quarantine After Being Exposed to COVID-19: CDC
0
Share Now
TelegramFacebookTweetEmailTellMeWeReddit
Copy Link 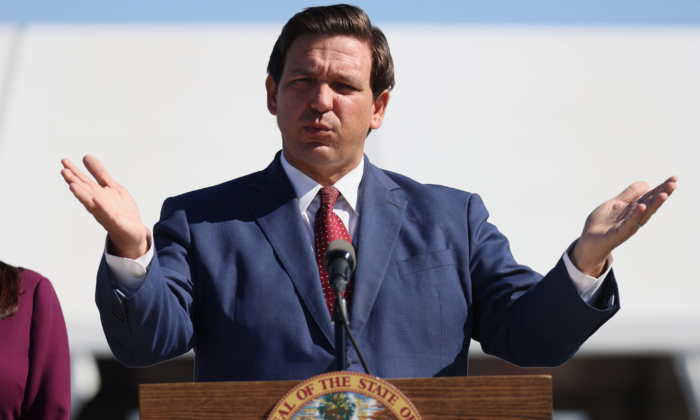 Florida Gov. Ron DeSantis has vowed to keep schools in his state open, regardless of the latest guidelines from the U.S. Centers for Disease Control and Prevention (CDC), which he said would close almost all of the nation’s schools if applied.

“Florida schools are open for in-person instruction. Every single parent in this state has a right to send their kid to in-person instruction. We have done it the right way; we are not going to turn back,” DeSantis said on Feb. 15 during a press conference. “What the CDC put out, 5 o’clock on a Friday afternoon—I wonder why they would do it then—was quite frankly a disgrace.

“It would require—if you actually followed that—closing 90 percent of schools in the United States,” the Republican governor said. “We have been open. They will remain open, and we are not turning back.”

According to the recently updated CDC guidelines, communities with “high” transmission—defined as having more than 100 new COVID-19 cases per 100,000 people and more than 10 percent positive tests in the previous seven days—are advised to open their elementary schools for a hybrid of remote and in-person learning and offer exclusively remote learning to middle and high school students.

Under the CDC standard, about 90 percent of all U.S. counties are currently considered areas of “high” transmission and are not encouraged to fully reopen their K–12 schools.

“We’ve been open the whole time since August. We had kids doing camps and athletics and all that over the summer. And we’ve been in-person as much as anybody in the country,” DeSantis said, noting that there are 33 states that have more COVID-19 cases per capita in children than Florida, even though many of them don’t open their schools.

DeSantis moved on to criticize states run by Democrats, where students have been out of school for almost a year. He argued that if those states choose to follow the new CDC guidelines, their students may not be able to go back to school even in the fall.

DeSantis’s comments followed state Education Commissioner Richard Corcoran expressing some dissent on Feb. 12, when the new CDC guidance on school reopening was published. Corcoran said in a statement that Florida has been doing well since the summer of 2020, and was unlikely to change course because of the CDC’s advice.

“CDC guidance is informative, although Florida school districts, public charter schools, and private schools should stay the course they began in summer 2020,” Corcoran wrote. “The science has been clear since August, and subsequent studies and data since then show that schools are safe to reopen.”