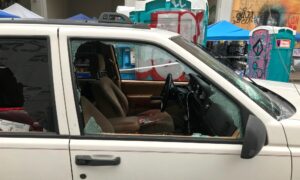 Another Shooting in Seattle's Protest Zone Leaves One Dead
0 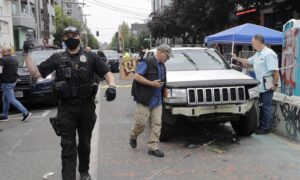 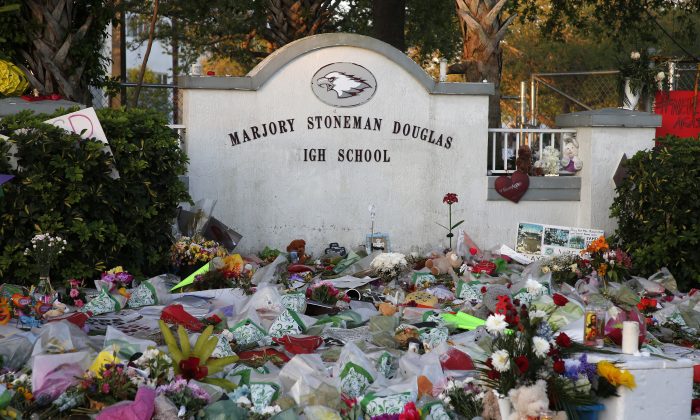 Flowers, candles, and mementos sit outside one of the makeshift memorials at in Parkland, Fla. on Feb. 27, 2018. (Rhona Wise/AFP/Getty Images)
US News

More than two years after the devastating mass shooting at Stoneman Douglas High School, all public schools in Florida will be equipped with a silent panic alarm as Gov. Ron DeSantis signed Alyssa’s law.

The law is named after 14-year-old Alyssa Alhadeff, one of the students killed at Stoneman Douglas on February 14, 2018. It requires that an emergency alert application installed on every teacher and staff’s cellphone, allowing them to silently call the police from the classroom in case of a lock-down or active-shooter situation.

Alyssa’s mother, Lori Alhadeff, flew to Tallahassee on Tuesday to witness Gov. DeSantis signing the $8 million in funding for Alyssa’s Law into the state budget, reported The Sun Sentinel. Following the 2018 tragedy, she founded and led Make Our Schools Safe, a non-profit organization dedicated to promoting school safety across the United States.

New Jersey in 2019 adopted a version of Alyssa’s Law, which gives school districts freedom to implement an alternative emergency system that has a similar function to a silent panic alarm, as long as it is approved by the Department of Education.

In Florida, the bill has gained bipartisan legislative support before it was forwarded to the governor’s desk. In the Congress, Rep. Ted Deutch (D-Fla.) is teaming up with Rep. Roger Williams (R-Texas) to push for a $2 billion school safety bill, which includes a provision to expand Alyssa’s Law nationwide.

“Over a year after the tragedy at Stoneman Douglas High School in my district, our country continues to search for ways to keep our children safe in schools,” said Rep. Deutch in a 2019 statement. “By expanding Alyssa’s Law across the country, we will help more schools utilize alarm systems that directly alert law enforcement to improve emergency response and save lives.”

On Valentine’s Day in 2018, then 19-year-old Nikolas Cruz walked into Stoneman Douglas High and opened fire, killing 17 people and wounding 17 others. Cruz offered to take a plea bargain in exchange for a life sentence, but prosecutors sought the death penalty.

Earlier this month, a county judge said that the death penalty trial of Cruz would be delayed indefinitely because it was unclear when the county courthouse could reopen to the public due to pandemic-related restrictions.