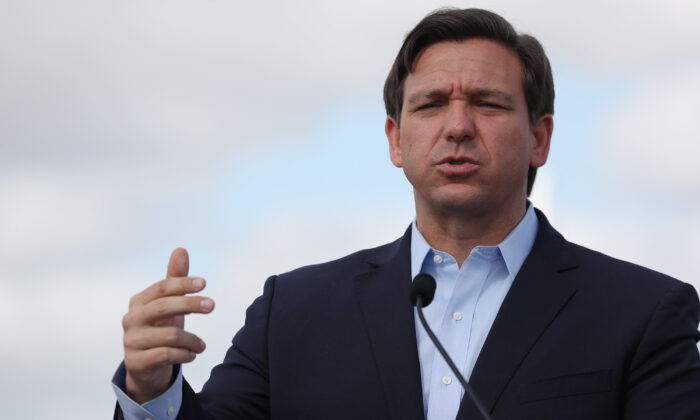 Florida Gov. Ron DeSantis said Tuesday that his state has beat back the COVID-19 epidemic without using “draconian orders.”

“I got to give credit to the people of Florida,” DeSantis said on “Fox & Friends,” adding that there were predictions that Florida would be “worse than New York” state, which is the U.S. epicenter.

DeSantis came under fire from critics who said that he was too slow to implement a statewide stay-at-home order like other states. Some said that because of the state’s significant amount of elderly and retired residents, Florida would suffer greatly during the pandemic.

“If you look at what’s happened, that’s not true,” he added. “New York, for example, has about 25 times the number of fatalities of Florida.”

“Right now, as of last night, we had 730 people statewide in the ICU,” the governor remarked. “People said our hospitals are going to be overrun. We’ve actually increased hospital bed space and ICU bed space during the pandemic so there were fewer beds available in Florida in February than there are now.”

So far, according to recent data released by the state, Florida has about 27,000 cases of the Chinese Communist Party (CCP) virus and about 823 deaths. That’s about 10 times fewer than New York’s CCP virus cases, according to Johns Hopkins University.

“Florida has flattened the curve,” DeSantis said. “People have done a great job and I think we understand that you can do both, you can continue to fight COVID-19, but also get people back to work and have society function again.”

Furthermore, Florida never implemented “draconian orders … like you see in some of these other states where dad would get arrested or get cited for taking his daughter to the park,” DeSantis said. “That doesn’t work. We’ve never done that. We’ve been very, I think, reasonable with the people of Florida and they’ve responded,” he added.

Over the weekend, the mayor of Jacksonville allowed the city’s beaches to reopen, drawing a number of visitors. Photos and videos showed people walking, running, and swimming at the beaches.