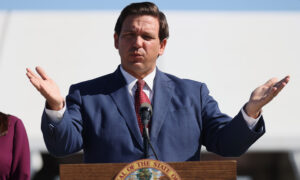 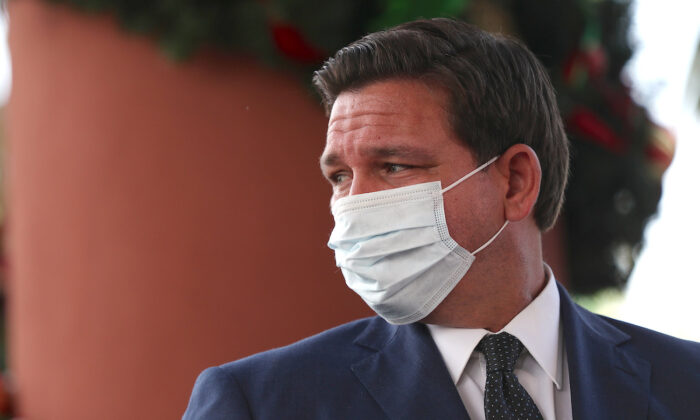 Florida’s governor on Friday said he would be ordering flags at state buildings to fly half-staff following the death of conservative radio host Rush Limbaugh.

“I know they’re still figuring out the arrangements, but what we do when there are things of this magnitude, once the date of internment for Rush is announced, we’re going to be lowering the flags to half-staff,” Gov. Ron DeSantis.

Limbaugh was a longtime radio host who championed conservative causes.

According to state protocol, orders to fly flags half-staff are meant to honor people such as a former governor of the state, a member of the Armed Forces from Florida who died while serving on active duty, and law enforcement officers and firefighters killed in the line of duty.

Nikki Fried, the only Democrat in Florida serving in a statewide office, condemned the move, writing that DeSantis “is lowering Florida’s flags to half-staff for Rush Limbaugh.”

“But he had no words for Congressman John Lewis. Priorities,” she added in a tweet.

DeSantis wrote in a statement in 2018, after Rep. John Lewis (D-Ga.) died, that the state and nation were mourning the loss. He called Lewis “a civil rights icon whom I was honored to serve alongside in Congress.”

DeSantis earlier this week said after Limbaugh perished that the radio host “busted through a media landscape in which a handful of media outlets served up pre-cooked, liberal narratives.” He said Limbaugh was the greatest of all time in regards to radio, conservative media, and “inspiring a loyal army of American patriots.”

The first-term governor also spoke about Limbaugh on Thursday while appearing on “Fox & Friends.”

“He had me on when I was running for Governor,” DeSantis said. “I was getting the tar kicked out of me every day and he had me on the week before the election in 2018. He didn’t have a lot of guests. I was honored to be on his show a couple of times.”