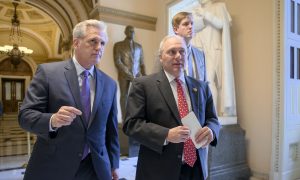 House Republicans Blast Impeachment Inquiry: 'It Was a Dark Day for the Rule of Law'
0
Share Now
TelegramFacebookTweetEmailTellMeWeReddit
Copy Link 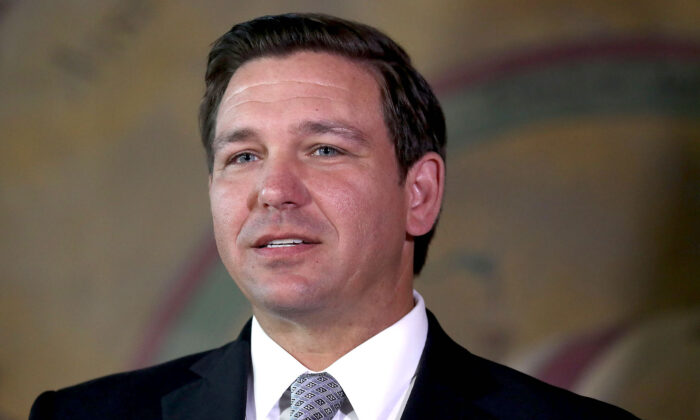 Florida Governor Ron DeSantis is raising money to support President Donald Trump amid an impeachment inquiry launched by the Democrat-led House of Representatives.

The Republican Party of Florida sent out emails to their subscribers with a message from DeSantis, according to multiple reports. According to Florida Politics, DeSantis wrote in the email that Democrats are trying to impeach Trump in a bid to avoid an election because they are “scared to death that the American people will support President Donald Trump in 2020.”

“They should be scared, because with your help, We The People will end this impeachment inquiry and stand with him again in 2020—and our great state of Florida will play the leading role in delivering that victory,” DeSantis, who represented parts of Northeast Florida in Congress prior to becoming governor, wrote on Sept. 26.

In another part of the email, DeSantis wrote: “When I served in Congress, I fought back against the Democrats’ witch hunts every single day. I refused to let them overturn the 2016 election and erase your vote from history. Now that Democrats are officially moving to impeach our duly elected president, my duty to protect him isn’t over.

Trump had endorsed DeSantis and helped him win an extremely close governor’s race in November 2018, which required a mandatory recount.

“The great thing about our country is the people have that one day in November where the elites don’t call the shots,” DeSantis said at the time, TampaBay.com reported. “On Election Day it’s the voice of the people that rule.” He also thanked President Donald Trump “for standing by when it wasn’t probably the smart thing to do.”

In a Quinnipiac University Poll released March 13, DeSantis was found to have the highest approval rating of any governor in over a decade.

“We have now raised almost $15 million in small-dollar donations (including 50,000 NEW donors) since [Pelosi] started this impeachment charade 72 hrs ago! Unbelievable numbers! Keep it going—you and the Dems are handing [Donald Trump] the win in 2020!” Eric Trump wrote.

UPDATE: We have now raised almost $15 million in small dollar donations (including 50,000 NEW donors) since @SpeakerPelosi started this impeachment charade 72 hrs ago! Unbelievable numbers!! Keep it going — you and the dems are handing @realDonaldTrump the win in 2020! 🤛👍🇺🇸

The Democrat-led House of Representatives formally launched an impeachment inquiry into Trump on Sept. 24, with Pelosi alleging that Trump had “seriously violated the Constitution.”

The impeachment inquiry was based on an alleged whistleblower complaint from an anonymous person who claimed Trump had in July in a phone call improperly pressured Ukrainian President Volodymyr Zelensky to investigate former Vice President Joe Biden and his son, Hunter.

The transcript of the call was released hours after Pelosi announced the impeachment inquiry, and the whistleblower complaint was released to the public on Sept. 26.

The transcript showed that Trump asked Zelensky to look into the firing of a top Ukrainian prosecutor which allegedly occurred under pressure from Joe Biden when he was vice president. The prosecutor was reportedly investigating the company—Burisma—on which Biden’s son, Hunter Biden, served as a board director.

As per the transcript of the phone call, Trump did not exert pressure or offer any form of payment when he asked Zelensky to look into Biden and his son, as had been the claim of a widely-cited Washington Post report that triggered the impeachment inquiry.

According to the redacted complaint, the alleged whistleblower filed it after receiving information that made them think that Trump was “using the power of his office to solicit interference from a foreign country.”

In reaction to the announcement, Trump called the inquiry another “witch hunt” and that Democrats were driven by “hatred and fear.”

“There has been no President in the history of our Country who has been treated so badly as I have. The Democrats are frozen with hatred and fear. They get nothing done. This should never be allowed to happen to another President. Witch Hunt!” he said on Twitter on Sept. 25.